France is worth pushing the boat out 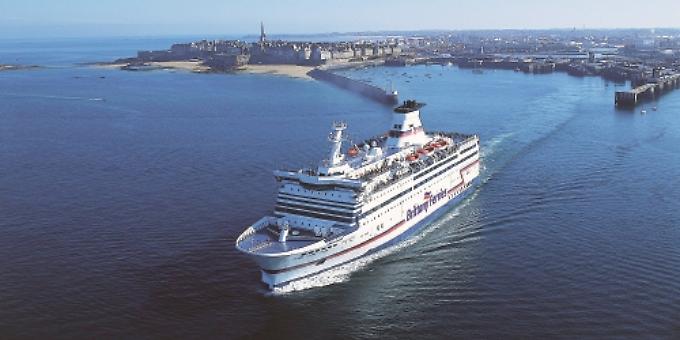 THE manifestations of Brexit are bound to invade our lives for some time to come — nowhere more so perhaps than throughout the car industry.

But while uncertainty might hang over the future of car production in Britain, we are already seeing signs that tourism, particularly touring by car (and car plus caravan) has already been affected.

During our motoring trip to France recently the first detractor (or deterrent if you like) to going abroad for some Brits this year was the fall of the pound against the euro.

According to the Guardian, since the UK voted to leave the EU in June 2016 the pound has fallen 14 per cent against the euro, making it more expensive for UK-based holidaymakers to take foreign holidays.

And without belabouring the point, you do notice this while spending on food, clothes, and even those wonderful pastries while in France.

UK Finance, the financial sector trade body, recently noted that so-called “staycations” — where people opt to holiday at home — “helped explain why activity on debit cards was 13 per cent lower this August than a year ago”.

Caravan holiday homes are also steadily increasing, and from January to April this year Britons took a record 14.4 million domestic holidays or staycations in Britain — a figure up three per cent on the same period last year.

VisitEngland says that British residents took 44.7 million holiday trips in England during 2016 — up two per cent on the previous year.

Now following another fairly indifferent summer weather-wise here this year, you can bet that holidaying abroad next year might seem more attractive whatever the extra cost.

Certainly on the evidence of our trip to France, Brits are still welcome. There has, of course, got to be a good financial reasoning behind this as tourism has always been big business on the continent — especially with so many of us wanting to spend our summer holidays there. Last week, I advocated motorists using a ferry to France simply because this seems a civilised way to go — starting out in the evening from Portsmouth and waking up in St Malo, as in our case.

But also in Dinard, on the north Brittany coast, one event that embraces Brits and has done for many years is a film festival. This year’s was the 28th festival of British film. Some of the celebs we spotted were that mellifluous actor Bill Nighy, Endeavour star Roger Allam and actor/director Phil Davis.

Everywhere we went in Dinard there were Union flags fluttering, while synthetic red carpets had been laid for the duration from hotels to the cinema where British films — particularly Hitchcock classics — were being screened for appreciative audiences. On the promenade at Dinard, which boasts a permanent statue of Hitchcock complete with birds — of course — there was a classic red British telephone box and a black London cab.

Yes, these are rather stereotypical symbols of Britain but the connection still works and is obviously valid. Sure the homage to British cinema is key, but so too is the fact Brits provide much needed money for continental tourism’s coffers.

It will be interesting to see what statistics come out of the summer of 2017 with regard to tourism on the continent, particularly in terms of how many British motorists ventured abroad.

I shall continue to take cars abroad myself for the sheer pleasure of driving with room to manoeuvre.

If this trip’s drive, the excellent Peugeot 208 GTi, was a bit like taking coals to Newcastle — the mighty PSA group which owns Peugeot and Citroën is one of France’s major car makers — yet our right-hand drive car with its GB plate drew admiring glances.

I do hope that British motorists do not take a step back from touring abroad because it has long been a tradition — and may it remain so.

Ferry services such as Brittany Ferries have so upped their game and improved their services that British motorists should not be put off by the interminable Brexit negotiations that are sure to dominate our media for months to come.

• Sail from Portsmouth, Poole or Plymouth

• Daily sailings on most routes and a choice of departure times

• Check out the ‘Ferry to France vs Plane’ infographic at www.brittany-ferries.co.uk, which compares travelling options for two families