D biggest change is under the hood 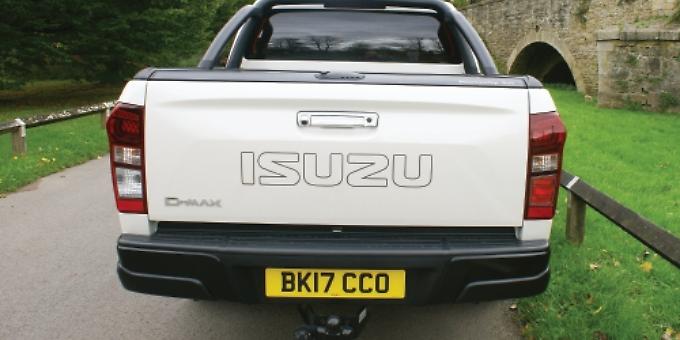 THERE’S a new generation of Isuzu pick-up on the block and it comes with some surprising new features.

Most interesting of all, from my point of view as a fan of the Isuzu D-Max range, is the inclusion of an option of either six-speed manual or six-speed automatic transmission.

Now for some this might seem a contradiction in terms. Surely, these big beefy pick-ups that have over the last decade or so evolved into comfortable, luxuriously appointed (in some cases) SUVs (sport utility vehicles) feel better to drive with a manual gearbox?

Some might think so, including myself. After all this type of vehicle’s very ruggedness depends on a driver being able to tackle off-road and tricky situations and using the gears (and four-wheel drive) to get out of trouble.

Yet the new generation Isuzu D-Max I have been driving was kitted out with its top new feature — an all-new 1.9-litre engine full of torque (pulling power) and linked to six-speed automatic transmission.

My preference on balance has to be for the manual gearbox — to me, it somehow feels right in this vehicle. Yet the new automatic transmission is not an end to the surprise “goodies” in the new Isuzu D-Max.

A rather handsome screen dominates the dashboard and its appearance brings this former utility pick-up bang up to date for 21st century motoring.

The instrument panel has been redesigned with an updated central display and clearer font.

Additional USB ports have been added to the lower centre dash and rear of the centre console across the range (except the Utility model).

A new embossed woven seat fabric that breathes for added comfort has been added to Eiger and Yukon models, while Utah models come equipped with textured leather.

The range-topping Blade — the model I have been driving — comes equipped with an upgraded premium leather trim with orange Blade design.

Soft pads have been added to the front centre and side armrests across the premium range for increased comfort and a refined feel.

Extended and double cab variants are equipped with flexible rear seats that have a folding base, fold flat and also split 60/40. Extended cab versions also have under-seat base storage.

For this new generation
D-Max, however, as I said, the biggest change is under the bonnet.

A brand new 1.9 litre turbo diesel engine with a lot of grunt has been fitted. Isuzu says: “The engine builds upon D-Max’s workhorse character and retains the 3.5 tonne towing capacity and over one tonne payload whilst providing a quieter, more refined and economical driving experience.”

As with previous D-Max models, a rotary dial allows the driver to select four-wheel drive on the move.

The range-line up from the D-Max is retained: Utility, Eiger, Yukon, Utah and Blade, with options of single, extended and double cab variants available. All models across the D-Max range come with a high level of specification, with some new equipment being introduced for 2017.

Two new pieces of equipment are Hill Start Assist and Variable Hill Descent Control. Hill Start Assist applies the brakes for one to two seconds while the driver moves from the brake to the accelerator pedal, preventing the car from rolling back on a hill start.