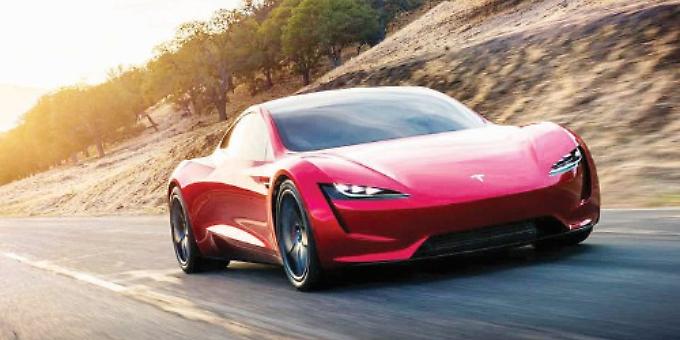 THE launch of the “fastest production car ever” has been announced by Tesla — and it’s electric.

Chief executive Elon Musk said the new Tesla Roadster would be capable of going from 0-60 mph in 1.9 seconds — making it the first car on general sale ever to break to two-second mark.

Speaking at a launch event near Los Angeles, Musk added that it would climb from 0 to 100 mph in 4.2 seconds and clear a quarter mile in 8.9 seconds.

“This will be the first time that any production car has broken nine seconds in the quarter mile,” he said.

“The point of doing this is to give a hardcore smackdown to gasoline cars.”

With a 200 kilowatt hour battery pack, the Tesla Roadster will have a range of 620 miles on a single charge — another new record.

“Driving a gasoline sports car is going to feel like a steam engine with a side of quiche,” added Musk.

Production of the new car — an updated version of Tesla’s first production vehicle — is expected to begin in 2020.