Bigger can now mean even better 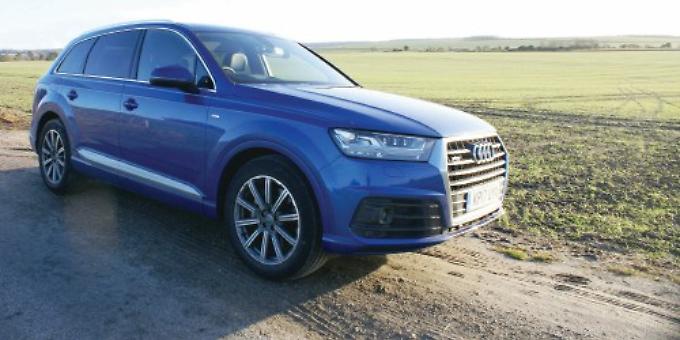 THE luxury SUV (sport utility vehicle) global car market has grown exponentially with the increase in wealth among a small percentage of the world’s population.

So large, luxurious SUVs that were once considered the dinosaurs of the automotive world and an endangered species have in the early 21st Century perhaps surprisingly come into their own.

Make no mistake, these big beasts of the car jungle are sought after across the globe, with rising markets in the United States, the Middle East and, of course, China.

But if you are in the market for such a vehicle, how do you choose?

This week’s drive, the Audi Q7, has to be a top contender simply because it has all the attributes necessary to qualify for the mantle of “large, luxurious SUV”.

This car positively wraps itself around you when you climb into the driving seat. Not only that, everyone else in the car — front and back seat passengers and those in the sixth and seventh seats — gets the VIP treatment.

And yet this is a car firmly grounded. It handles lightly and responsively for a big vehicle and is highly manoeuvrable. And it bristles with technology.

So the only question on the lips of those privileged enough to be able to buy a large, luxurious SUV — the test car came in at a total price of £65,615 — is which one to choose?

I have given up trying to second-guess people’s taste in cars because it is a very personal thing, not least with regard to how much you wish to spend on a car. But the Q7 has reached such a splendid point in its development as a modern car that you might find yourself hard pressed to fault it.

And yet, it could be its very size that might put you off. Certainly there are other models in the Audi range that might suit better given the Q7’s commanding size.

But the fact it is a big car should not put you off. As I said, it is highly manoeuvrable — there wasn’t a parking space I shied away from unless it was obviously too tight.

The car took to the recent snowy conditions with aplomb, the Q7’s quattro permanent all-wheel drive (with asymmetric-dynamic drive-torque split and self-locking centre differential), shrugging off the slightest problem of slippage in the ice. But that’s the thing about Audi, and in particular the Q7 — attention to detail. So as well as the all-wheel drive and the super performance from the 3.0-litre V6 diesel engine with exhaust turbocharger, you get the best grip and brakes.

Now this may all fall into an area of car knowledge that you may not wish to go to, but this super mechanical equipment can make you super safe. It’s as simple as that.

And that’s another good reason why you might be willing to pay this kind of money for a large SUV such as the Audi Q7.

Inside the car, the first impression is one of something approaching awe. At the press of the start button, a touchscreen appears.

Here lies the heart of the Q7 and it is equally impressive. You find the MMI Navigation Plus with MMI Touch. This includes an 8.3in central rising colour display with high-resolution graphics; 3D map display of places of interest and city models; country-specific information — for example, legal regulations for the country you are travelling to and online map updates (includes five free updates).

A big diesel might appear to be anathema to some these days, but Audi offsets this with the Q7’s engine by employing a close-coupled oxidizing catalytic converter and maintenance-free particulate filter.

So official CO2 emissions achieved are 153g/km and fuel consumption on the combined cycle comes in at 45.6 mpg.

I drove around 400 miles in the Q7 and have to say that with “normal” type of driving — that is, moderate speeds on motorways and A-roads — the car was surprisingly economical for its physical appearance and the size of engine.

One of the pleasures of owning such a car as the Q7 would be that even if you were not technically minded you could spend time with the car to learn just about everything it was capable of doing — which is a great deal.