Our friends in the North like Suzuki's guts and go 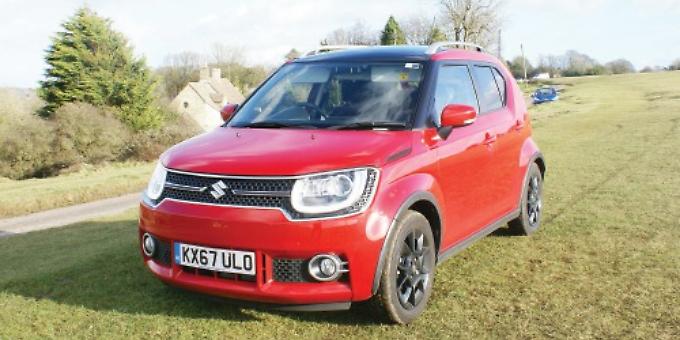 I HAVE often cited the importance of what I call the willingness of a car to perform — and it’s usually all down to the engine.

You can wax lyrical about the mechanics of a car — its handling around corners, its great braking system, etc — but it is in the power department of any car that things get done.

This is not a large car but it is a compact with a big heart. But at the outset the Ignis is a car that I was prepared not to get too fond of. Don’t ask me why: I like smaller cars generally as long as the power fits the package, so to speak.

By the time I had spent some time with the Ignis, however, I found that I liked it very much as a package. And what I really liked about the Ignis was its total willingness to perform.

This from a car with a relatively small engine — the version I was driving had a 1.2 Dualjet petrol power unit, but it was an engine with plenty of guts and go.

Of course the essence of any Suzuki car I have found is that their engines, like their motorcycle engines, are made to perform: they thrive on upping the ante on the (rpm) revolutions per minute.

So I have always found you get the best from a Suzuki by driving it relatively hard through the gears, keeping half an eye on the rev counter.

Actually, I was able to compare the Suzuki’s pulling power with another make of car I drove immediately after spending time with the Ignis.

This other small car actually had a slightly larger engine but it was so designed to be frugal with fuel that it put a damper on even the elementary function of torque (pulling power).

But the Ignis also looks good. This one with its ALLGRIP four-wheel drive system and its chunky, compact look set off by a red livery I found very appealing.

It was no accident that I was impressed: others have been too by the Ignis package.

Our friends in the north, who know a thing or two about cars in my experience, gave the Ignis the thumbs up. The Northern Group of Motoring Writers made the Ignis their car of the year for 2017: it was a good call.

The Ignis is classed as a compact crossover model. It is available in SZ3, SZ-T and SZ5 grades.

Suzuki is keeping well abreast of modern trends in smaller cars, making so the Ignis available in 11 colours with full personalisation options available for both exterior and interior trim.

The SZ5 adds auto air conditioning, satellite navigation, LED headlights with LED DRL, dual camera brake support and cruise control. The SZ5, the car I have been driving, is available with the ALLGRIP “auto” 4WD system.

Suzuki unveiled the new Ignis for Europe at the 2016 Paris Motor Show as its new global compact crossover. Inside, the Ignis is roomy for a small car with ample legroom for driver and passengers and with good load space helped by an ability to fold down the rear seat backs for extra luggage.

The audio on SZ-T and SZ5 models incorporates a seven inch touch panel display that allows the driver to use certain applications with MirrorLink and Apple CarPlay connection with satellite navigation and three dimensional map standard equipment on SZ5 models. As an option, SZ-T models can be upgraded to satellite navigation via an SD card. Android Auto extends the Android platform into the car in a way that‘s purpose-built for driving. It is designed to minimise distraction so you can focus on driving with Google services like Google Maps, Google Search.

Apple CarPlay allows iPhone users to get directions optimized for traffic, make calls, send and receive messages, and listen to music, all in a way that allows you to stay focused on the road with Siri or a touch screen.

MirrorLink lets various applications on your smartphone appear on the vehicle’s touchscreen display, allowing you to access your smartphone’s features.

A five-speed manual transmission is fitted as standard on all Ignis.

Suzuki’s “auto gear shift” (AGS) is available as an option on the new Ignis model.

Grip control activates on slippery surfaces at speeds of less than 18mph.

Once switched on by the driver, it focuses torque on the driven wheels that have grip and will quickly apply braking to the wheel that is spinning.