Classic car show's roadway will be something 'special' 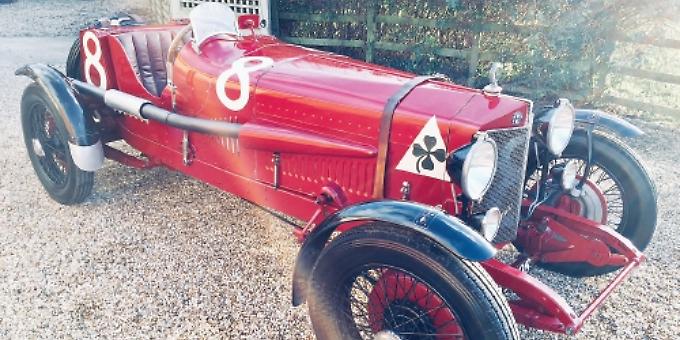 A TOP attraction at next weekend’s London Classic Car Show is its innovative Grand Avenue.

This is an all-action roadway running through the middle of the show, along which more than 50 of the world’s greatest classic road and competition cars will be driven.

The show, which this year runs from Thursday, February 15, to Sunday, February 18, gets bigger each year and has expanded to fill one side of the London’s ExCeL exhibition venue.

At the show you can see — and hear — Le Mans winners, Grand Prix racers, classic supercars and century-old veterans in action all under one roof. This year’s Grand Avenue show will focus on “specials” — limited editions, one-offs and prototypes and competition cars renowned for their rarity, curiosity and sheer desirability.

For many visitors, though, the scarlet 1960 Ferrari 246 Dino will be the star performer — an example of the last traditional, front-engine car to win a Grand Prix. Other standout motorsport machines revving up on the Grand Avenue include a stunning Alfa Romeo RLTF as raced by the legendary Enzo Ferrari and Alberto Ascari on the 1923 Targa Florio.

Competition Jaguars are also well represented with XJ220 and XJR15 Le Mans sports cars — as well as what is widely regarded as the most famous saloon racing Jaguar: the ex-John Combs entered Mk1 complete with its unique BUY 1 number plate.

Also on view will be a 1907 Stanley H4 “Gentleman’s Speedy Roadster” and 1916 Packard Twin Six Typhoon.

For more information and to book tickets, visit the official website at www.the londonclassiccarshow.co.uk

With a top speed of more than 80mph, the steam-powered Stanley was the hypercar of its era. Only two H4s were ever made and the only known survivor is coming to ExCeL from its home in the Isle of Man Motor Museum.

The Typhoon is a one-off recreation of an experimental car built by Packard to set a new land-speed record of 103.5mph in 1915.

Adding further to the automotive intrigue, there is also a special category for classics with a more modern twist. Among these are a Ford Cortina Mk2 propelled by a V8 turbo engine pinched from a Lotus Esprit, an E-type inspired Eagle Speedster, a jaw-dropping 300+bhp MGB roadster from those at Frontline Developments, and a seriously souped-up Renault 4.

Lovers of more conventional classics are in for a treat, too. Historians will savour the sole surviving 1939 Daimler DB18 Drophead Coupe – the very car used by Winston Churchill to address the crowds during his election campaigns in the darkest hours of the 1940s.

A pre-production 1959 Aston Martin DB4 is another of the many notable performers along with an eye-catching gathering of classic cars featuring European styling and American muscle.

“I think it’s fair to say that we’ve massively over-achieved in rounding up such an incredible – and eclectic collection – of truly special machines,” said Bas Bungish, event director. “At one extreme we have a unique vintage steam car from the dawn of motoring and a prototype Land Rover with its steering wheel in the middle, at the other extreme an unprecedented gathering of F1 cars. It’s a mind-blowing collection that visitors will not only be able to see on static display but also hear as they rumble up and down The Grand Avenue.”