SUV 'family' has lots for owners to identify with 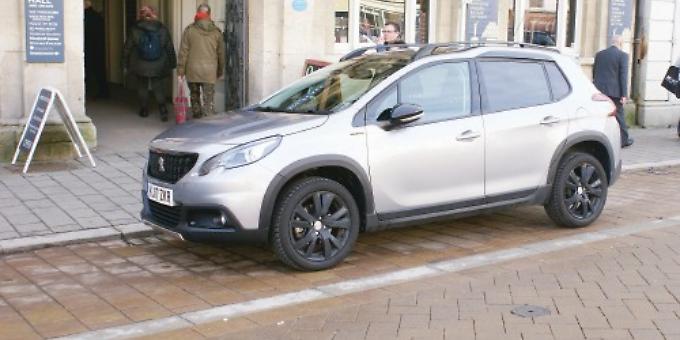 TO borrow from the language of social media what is trending in the global automotive industry at present is the desire of carmakers to establish “families” in their model ranges.

So, for example, Peugeot cars I have been driving in recent weeks all fit into a SUV (sport utility vehicle) “family” category.

I think this is very helpful to the consumer or new car buyer — which is, of course, the whole point of the exercise.

And I like this trend. It is design expertise in practice, giving new car buyers a choice of a certain type of car — in this case from the rapidly growing SUV sector — in a selection of sizes, specifications and prices.

To draw a simple analogy, it’s rather like Goldilocks (the new car buyer) being presented with a choice of three bowls of porridge: a large-sized one (Daddy Bear’s 5008), a medium-sized one (Mummy Bear’s 3008) and a small-sized one (Baby Bear’s 2008).

Without getting too carried away with the fairy tale analogy — though I rather like it — in practical terms the Peugeot 5008, 3008, and 5008 SUVs do offer a dish of the same style of car in a variety of sizes and presentations. All the new car buyer has to do is try the one that fits their requirements — rather like Goldilocks.

If the buyer wants a different type of vehicle entirely from the SUV, then good consumer choice in the car industry allows you to consider hatchbacks, city cars or maybe even that old standby, the saloon.

I have driven the all-new Peugeot 5008 SUV on a number of occasions — notably at its UK launch — and found it to be pleasingly big, expansive and comfortable.

The 5008 SUV is an accomplished car by any standards and I was so impressed by it that I made it my car of the year for 2017.

The Peugeot 3008 SUV I have been driving this week is a bit of a star in its own right. It was made European Car of the Year in 2017. This was no mean feat, as the 3008 beat off serious competition in this sector to win.

But that’s not all. This all-new 3008 SUV has won 35 international awards since launch. Suffice to say that Peugeot must be feeling pretty pleased with itself in the SUV family sales department.

And I put it down to creating a family of choice. Briefly, below is a summary of what you get with each of these cars.

There is big boot capacity at 1,060 litres. The 5008 can also have foldable front passenger seat (to carry especially long loads up to 3.20m) and a practical hands-free motorised tailgate.

Features include the Peugeot
i-Cockpit driving environment, which won the technology award at the What Car? car of the year awards 2017. The i-Cockpit interior layout offers a more intuitive and engaging driving experience, with a compact multi-function steering wheel, and features Mirror Screen functionality comprising Android Auto, Apple CarPlay and Mirror Link.

The range of engines includes the 1.2L PureTech 130 Stop&Start with a combination of CO2 emissions of 117g/km, fuel economy of 55.4mpg combined and strong performance.

This model falls into the small SUV category. Driving it last week, I was able to see that you might want all the attributes of the SUV but do not want the larger versions. If so, the 2008 would fit the bill.

This car has technology such as Grip Control, an adapted traction control system which has been generally praised.

One news media outlet described Grip Control on the 2008 SUV as giving you the ability to “handle off-roading without needing a heavy 4x4 system”.

The 2008 is available with features such as reversing camera, Active City Brake and Park Assist.

The old adage, one size fits all, should be amended where Peugeot is concerned to say there is a size to suit everyone in the SUV family model line-up.

• 2008 SUV features Peugeot PureTech advanced three-cylinder petrol engine winner of the 2015, 2016 and 2017 International Engine of the Year Award in the 1.0-litre to 1.4-litre category