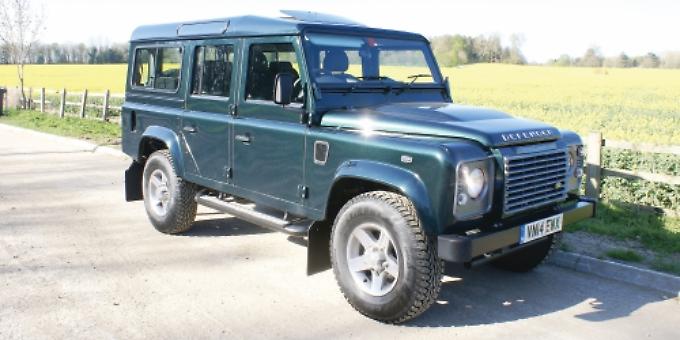 LAND Rover made good use this week of the modern digital age by marking its 70th anniversary with a perfectly timed global broadcast on the internet.

Starring the cars and the people who make and drive them, the online programme paid tribute to seven decades of Land Rover adventure, humanitarian aid and plain hard work across classes and cultures around the world.

The broadcast at 8pm on April 30 was exactly 70 years to the day since the first Land Rover made its debut at the Amsterdam Motor Show.

It told how Land Rover began as a utility model at the end of the Second World War and grew to become the world’s classic 4x4, with more than seven million sold.

Viewers were treated to great models from the past as well as input from those people behind the legend. There was also a look into the future, with a level of insight from the factory floor.

Professor Ralf Speth, Jaguar Land Rover CEO, said: “Land Rover was born with the launch of a single vehicle. Today our family of SUVs is testament to the pioneering spirit of innovation that has characterised Land Rover for seven decades.

“Our family of Defender, Discovery and Range Rover models provides unrivalled capability, versatility and luxury, giving us the perfect foundation for another 70 years of success.

“Land Rover is so much more than just the most capable all-terrain vehicles. It connects people through a passion for adventure and making more of our world. From our employees to customers and enthusiasts, this is the family that makes Land Rover special.”

I was more than enthusiastic about one of Land Rover’s top model, the all-new Discovery Td6 HSE Luxury, when I reviewed it recently.

At its heart it had the most marvellous 3.0-litre V6 turbo diesel engine and I have to say that the new Discovery positioned itself as an excellent choice when choosing from the array of large SUVs available.

Of the Land Rover 110 Defender Station Wagon I reviewed, I confessed that I “very much liked the Defender but then I am a fan”. I also alluded to the things that make this Land Rover so British through and through.

I said: “I liked the livery (Aintree Green) which was somehow of the same hue as those Land Rovers you see the Queen driving at Balmoral — another memorable image of stoic Britishness.”

A vehicle line-up on the Internet show included HUE: the first prototype Land Rover, the original two-door Range Rover and the seven-seater Discovery, as well as expedition-proven models from across the decades, all sharing the stage at the Land Rover Classic Works in Coventry.

The current range, including the Range Rover Evoque and Velar SUVs (the latter of which I shall be writing about this summer) was also on screen as Land Rover celebrated its lifelong reputation as a favourite among celebrities, politicians and royalty. The year of 70th birthday celebrations began in January when Land Rover revealed plans to sympathetically renovate the world’s most historically significant unrestored model — one of three pre-production Land Rovers from the original Amsterdam motor show launch on April 30, 1948.

Now in the hands of the experts at Land Rover Classic, it took the stage alongside its closest modern relative — the 405PS Defender Works V8 revealed earlier this year.

Only 150 of the powerful 70th edition models will be produced and each of the specially engineered V8 derivatives will be built under the same roof, by Land Rover Classic’s team of expert engineers.Since 1948 Land Rover has been manufacturing 4x4s with the aim of representing “true breadth of capability across the model range”. These are the models: Defender, Discovery, Discovery Sport, Range Rover, Range Rover Sport, Range Rover Velar and Range Rover Evoque each commanding a place in the world’s SUV sectors. Eighty per cent of this model range is exported to more than 100 countries.