Gallic SUV’s accent is on style and comfort 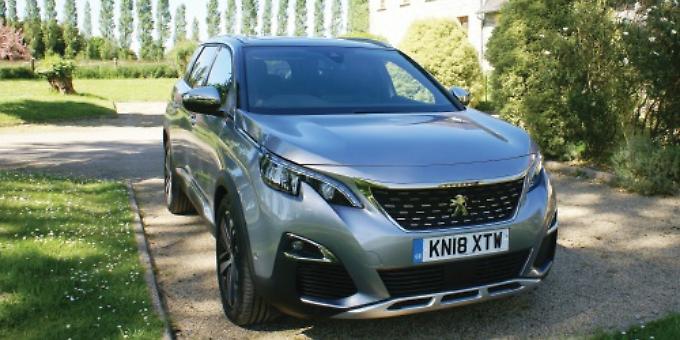 AS it will continue to do throughout the coming holiday months of summer, the Bretagne, pride of Brittany Ferries’ cross-channel ferries, docked early last week on a pristine Monday morning at the granite city of Saint-Malo on the north Brittany coast.

On board were a myriad group of motorists, including ourselves, in a variety of vehicles all bound for who knows where. Trips by sea ferry always fill me with a wonderfully hopeful expectation of travel, however far you venture.

Car drivers outnumbered everyone else but there were also motorcyclists, lorry and van drivers, and mature couples in caravans and motorhomes catching the early break.

There was also a gaggle of intrepid cyclists, who somehow had managed to cram all their holiday requirements into a couple of pannier bags strapped to the back of their bikes.

We all had one thing in common — we were about to scatter along the many roads that stretch thousands of miles across the countries of Europe.

Typical of those disembarking at the famous port in Northern France was one older couple in a medium-sized SUV (sport utility vehicle) from Blackburn bound for their annual static caravan holiday home in the Vendée, where they will remain until the end of August. In contrast, there was another slightly younger couple with light luggage, one would assume, after they had squeezed into a beautiful red 1966 Jaguar E-Type convertible.

Our destiny, in a very French car, which is the epitome of Gallic innovation and style, was initially a place called Pleurtuit, a half-hour drive from Saint-Malo.

After that, the whole of western France was our oyster — from the Emerald Coast and all points west along the northern coast towards Brest, which looks out across the Atlantic (next stop, North America).

The beauty of Brittany is that motoring tourism there is a dream. Think Devon and Cornwall writ very large but with roads that allow you to really stretch your legs as a driver and endlessly explore.

The all-new Peugeot 5008 SUV was a joy to drive on these roads. There was plenty of room for our luggage in this big, handsome seven-seater that was brim-full of techie equipment.

I was driving the 5008 GT BlueHDi model in smart Cumulus Grey with Nappa leather trim. The engine — a 1,997cc four-cylinder diesel — had plenty of grunt (that is, torque or pulling power) to let you go anywhere.

The GT model is, Peugeot says, “the ultimate in SUV luxury” and you would have a job arguing with that in a car that came in at £37,620. Most SUVs with this kind of spec would cost you a whole lot more cash to buy.

I particularly liked the economy (57.6mpg on the combined cycle), the performance if you needed it was there in sport mode, the eight-speed automatic transmission was super smooth, the electric tailgate, the electronic seat controls, and the panoramic opening sunroof (a must for the motoring holiday). I did find the positioning of the cruise controls slightly difficult, which was out of my sight below the steering wheel.

As I have said in the past, I find the sea ferry an excellent way to begin a driving holiday on the Continent. Brittany Ferries has proved a game changer in this regard. And crossing by night is a very civilised way to start your holiday.

The truth is that you want to de-stress from the moment you stop work and begin your holiday. Travelling by sea I find makes you relax. You have nowhere to go in a hurry but you know that, particularly with an overnight crossing, after a night’s sleep in an on-board cabin, you are ready bright and early and refreshed for the drive ahead in France.

Not everyone can relax, of course. There was the man who seemed to need exercise. So as the ferry neared Portsmouth on the return journey he could be seen doing so by walking several continuous rounds of the boat.

Well, as they say, it takes all sorts. But communication with fellow passengers and staff has to be one of the joys of sea ferry and motoring holidays that you will never get on an aircraft.

For more on travelling by Brittany Ferries this summer, visit www.brittany-ferries.co.uk