All eyes on the Range Rover Velar 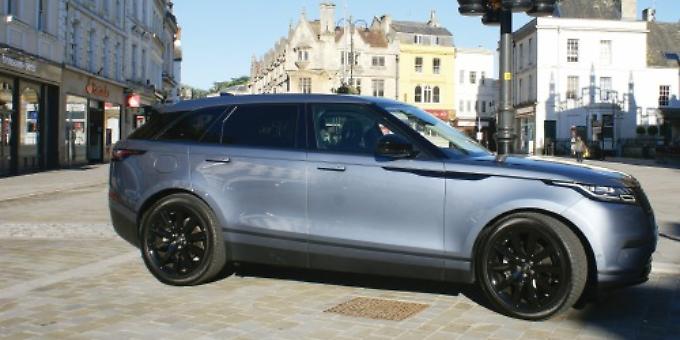 THE Range Rover Velar is as smooth as it sounds and the DNA of its name, like all the best ancestry, hides a secret.

Back in the Sixties, Range Rover development engineer Geof Miller used the Velar name as a decoy for registering pre-production Range Rovers.

The Velar name was derived from the Italian “velare” — meaning to veil or to cover.

The Velar company produced 40 pre-production vehicles that were built between 1967 and 1970. Now the name is back and again linked to design.

The Velar, says the carmaker, “ushers in a new design language for Land Rover”.

Indeed, the Velar’s grandly smooth lines head up this evolving design mission for Land Rover that began with the Evoque and most recently was used in the Range Rover Sport.

I like these new smoother lines on the body of the Velar. If the intention is to make Land Rover products with more on-road appeal then I buy that. No matter what Land Rover SUV (sport utility vehicle) you choose beneath its uniquely designed exterior is a very tough vehicle.

So a design exercise to emphasise the Velar as a luxury road vehicle gets my vote. Don’t get me wrong — I have driven off-road at Land Rover’s fabled Jungle Track in Solihull in the most luxurious of Range Rovers and it was great fun.

Well, if you are paying nearly £70,000 for a Velar — the test vehicle came in at £68,110 on the road, although the range starting price is much lower — then you should be entitled to the best.

And make no mistake, the Range Rover Velar is luxuriously appointed.

To give you a few highlights: there are 20-way seats with driver/passenger memory, massage and heated and cooled front seats (no cost option); a fixed panoramic roof (£1,115); a superb Meridian Surround Sound System 825W with 16 speakers plus subwoofer (no cost option); 10-spoke Gloss Black finish wheels (£830) and a handy electrically deployable tow bar (£985).

But it is the cabin technology that stands out in the Velar. This is the heart of the car — a veritable “control room” from which the car’s technological knowhow is dictated by the driver.

Each function may be individually selected and displayed on the main part of the screen to provide more detailed information and user options.

A side panel provides access for up to five frequently used functions: navigation, media, phone, news and weather.

A permanent menu bar in the lower portion of the screen provides easy access to the home menu, vehicle settings and parking aids.

The lower touchscreen manages features including the climate control and Terrain Response functions.

Two rotary controllers complement the two touch screens. These are reconfigurable to enable them to perform several functions, such as adjusting cabin air temperature or optional massage seat settings. Between them is a dial for controlling the audio system.

This may all seem complicated, but at its heart is the desire of the Velar’s designers to make operating all aspects of the car as simple as possible.

This works, but my advice is that if you are thinking of buying a Velar you need to spend some time learning what everything does on it — then you would get the considerable benefits of owning such an accomplished vehicle.

There is a choice of powertrains ranging from the 180hp 2.0-litre Ingenium diesel with CO2 emissions from only 142g/km, to the potent 380hp supercharged 3.0-litre V6 petrol engine.

You can see why the Velar was crowned 2018 World Car Design of the Year at the New York International Auto Show earlier in the year.

For the 2019 model year, customers have more choice when specifying their vehicle. This includes the Kvadrat premium textile seat available more widely across the range.

Other features include Adaptive Cruise Control with Stop & Go that allows the driver to follow a vehicle to a smooth stop and resume from stationary when the driver prompts the system by tapping the accelerator pedal.