Clever and versatile with nod to motorsport heritage 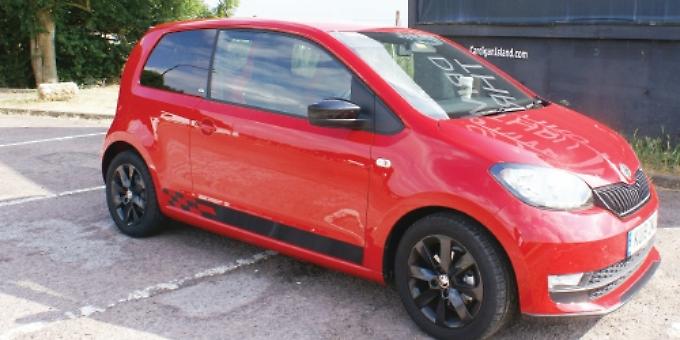 THE Monte Carlo Rally was a source of wonder and excitement for me when as a child I watched it light up the tiny screen of our television.

Those black and white images of an Austin Healey 3000 sports car, spotlights blazing, forging its way through hairpins on a snowy Alpine pass must have awakened in me a lifelong fascination with the motor car.

So this week’s drive, the diminutive Škoda Citigo Monte Carlo, rang some distinct bells by dint of name alone.

But it was not only the “Monte Carlo” livery on this particular Citigo model that set the wheels of memory rolling.

Certainly this little car packed a punch in the engine department — a buzzing 1.0-litre petrol engine would you believe — but also had a rasping car horn for fellow travellers when and if I felt the need.

Back in the day, air horns were the thing. They delivered a trumpeting blast on the horn that was music to our ears. The air horn, like the rally car, was deeply embedded in the motorsport culture at the time.

Usually these days car horns on smaller cars — and some larger models for that matter — are muted to the point of embarrassment, probably in the interests of health and safety.

However, the horn on the Citigo Monte Carlo was refreshingly perky by comparison and I found it was an appreciative feature on this car.

Of all the city cars I have been reviewing during recent weeks — four and counting — the Škoda Citigo Monte Carlo was definitely the most fun.

It skipped along and relished a tight corner or two. I’m not sure whether this was anything at all to do with its allusion to rallying but the package as a whole worked well.

From the Monte Carlo logo and styling outside and inside the car — smart black and red sports upholstery — this Škoda was a clever and smart take on a rally institution of yesteryear. Škoda has applied the Monte Carlo moniker to other models as an homage to the Czech carmaker’s successes in motorsport.

Škoda has in fact one of the longest histories in motorsport and has collected many victories on the international motorsport scene, including in the Monte Carlo Rally.

At a motor show in Geneva a few years ago when the Monte Carlo editions were simultaneously launched, Škoda set a sporty tone to some future models. I like this nod to motorsport history. These sporting versions have black aluminium wheels in sizes 15 to 17 inches, dark-tinted rear and back side windows and distinctive design features in black. The interiors of the Monte Carlo models have sports seats with distinct fabric design.

True any city car with just three doors can be seen as a disadvantage — principally from the fact of access to the rear seats but also the two-doors are usually huge compared with the smallness of the car itself.

The debate about the merits of three- or five-door small cars has always been there and will continue I’m sure. But then the Citigo is available in both three-and five-door body styles, so this really could be a crowd pleaser.

The new trim level is based on the mid-range SE grade and offers additional comfort, convenience and style features. The black external design elements are common to all Škoda Monte Carlo models.

These include the alloy wheels, front and rear spoiler, rear diffuser, grille and door mirrors. The car also comes with lowered suspension for a sportier stance on the road.

The Citigo Monte Carlo is available with a single engine option, the three-cylinder 1.0-litre 60PS and five-speed manual transmission. Environmental performance is 62.8mpg fuel economy on the combined cycle and CO2 emissions of 105g/km.