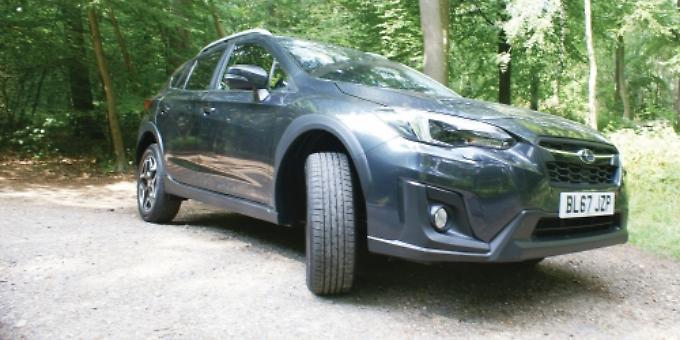 SUBARU fans will be glad to know that while the Japanese car maker continues to go its own sweet, individual way — which many of us admire — 2018 brings all-new models to the road, including the rather excellent XV compact crossover.

This week I have been driving the 2018 XV. Having first been introduced in 2012, the XV was facelifted in early 2016 with a variety of engine updates, a more direct steering rack and upgraded cabin.

However, this 2018 model is what car makers call “all new”. That is — again in industry jargon — new “from the ground up”.

So what do you get further down the road to the facelift that happened in 2016? Well, a new interior and exterior design, better developed technologies throughout, and the fact the car is built on a new platform — namely the Subaru Global Platform (SGP). This is important to the car maker because all manufacturers need to focus on the global market when making their products.

Pointedly, SGP does this for Subaru as all future models will be based on this platform.

Make no mistake, this car is a tough little cookie. That was one of the things I really liked about it, and I’m sure is something that will appeal to Subaru enthusiasts throughout the world. EyeSight is an interesting part of the new XV package. It is a safety feature that has got the XV noticed on the world stage in 2018, which is what it is all about these days.

In addition, the XV received a special award for being fitted with a pedestrian protection airbag as standard.

EyeSight is described as “optical advanced collision avoidance technology”. Systems from other manufacturers use various sensors — such as radar, microwave or camera — but EyeSight functions via two camera lenses to the left and right of the rear-view mirror that together create a stereoscopic image. One core feature of EyeSight is pre-collision braking which captures pedestrians in dark clothing in unlit areas — as commonly found throughout rural areas of the UK — and when needed initiates emergency braking.

Subaru says that up to a speed of 28mph accidents can be “completely avoided” and the severity “significantly reduced at higher speeds”.

Of course, Subaru wants the XV to appeal to the famed “younger demographic”. One problem SUVs might face is that they attract older drivers.

But then a lot of younger people indulge in an active, outdoor lifestyle and Subaru wants to capitalise on this with the new XV. So it has been designed with off-road capability in mind and styling that has function as well as being visually appealing.

And driving it, you do get the idea that the XV could go practically anywhere on or off road.

Subaru wanted to know what previous XV customers would be looking for in a new version.

One customer lived in Portland, on the west coast of the US. It is close to beaches but also within a two-hour drive of Mount Hood. So people there attach mountain bikes, canoes and snowboards to their SUVs on a regular basis.

But while taking this into account when designing the new 2018 XV, Subaru did not forget urban dwellers — that is, most of the population.

So the new XV was also designed for improved visibility, refinement and driver assistance technology to appeal to those who live in urban areas.

Sometimes — that is, on motorways at speed — this ruggedness came through to me while at the wheel.

Also, the suspension makes for firm going on urban roads. But that is the package and overall I think it works very well.

Often Subaru might be thought of as a brand that only appeals to Subaru enthusiasts, but the all-new XV proves the car maker is mindful of spreading its appeal to all-comers — urban and rural dwellers alike.