Helping hand gives a flavour of the future 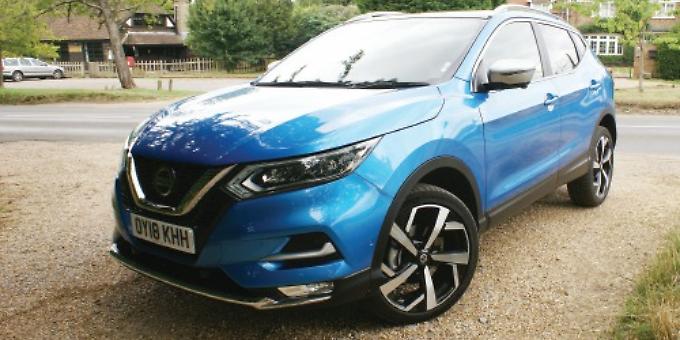 BRACE yourselves, folks — autonomous driving is just around the corner and the car I have been at the wheel of this week reinforces that fact.

Nissan, the Japanese carmaker with a great presence here in the north of Britain, has marked the arrival of its new technology ProPilot with a special Pilot One Edition of the popular Qashqai SUV (sport utility vehicle).

ProPilot, the brand’s advanced driver assistance technology, may be a taste of things to come in cars but the carmaker is keen to emphasise that the driver is still fully in control.

“While ProPilot is Nissan’s first step on the journey towards autonomous driving, on the Qashqai SUV it is a ‘hands on, eyes on’ technology,” says the carmaker. “The driver remains in control and responsible for the vehicle.”

So what exactly does ProPilot do? Well it “enhances the driver’s control” by assisting with steering, acceleration and braking. It is activated by the driver using the ProPilot button on the right spoke of the Qashqai’s steering wheel. Pressing the adjacent “Set” button maintains current speed at a safe distance from the vehicle in front.

The Qashqai will slow to a complete stop if traffic conditions require. It moves off automatically if the car is stationary for approximately three seconds or less. If it’s longer, drivers should press the “Resume” button or lightly tap the accelerator. Now, this kind of technology might make some more traditionally-minded drivers rather nervous. But it is really not that difficult to understand and when you become used to the technology it can be useful and help battle fatigue on long journeys.

In a car as comfortable as the Qashqai, with its equally easy-to-drive handling, I think this technology scores highly.

It will not be for everyone, but then it is an option available for an extra £795 on both the Tekna and Tekna+ Qashqai models powered by the dCi 130 diesel engine with Xtronic (Automatic) transmission.

ProPilot’s status is always displayed in the combimeter between the two dials in the instrument cluster.

Visual warnings are supported by audible alerts. The technology works based on traffic and road conditions data supplied by a camera mounted in the Qashqai’s windscreen and a radar behind the Nissan badge in the front grille.

Nissan said that by “liberating drivers” from some of the more mundane elements of motoring, ProPilot reduces fatigue and stress and improves safety, “enhancing overall control and confidence”.

Upgraded during 2017, the Qashqai is now available with significant enhancements which, says Nissan, further develop its “crossover leadership credentials”.

The Qashqai is the most successful model in Europe in Nissan’s 83-year history, with approximately 2.3 million sold since the original version was launched in 2007.

It is built at Nissan’s plant in Sunderland. Celebrations to mark the three millionth Qashqai manufactured there took place recently.

• Prices for a Qashqai equipped with ProPilot start from £31,275