Baby of the Peugeot line keeps on growing better 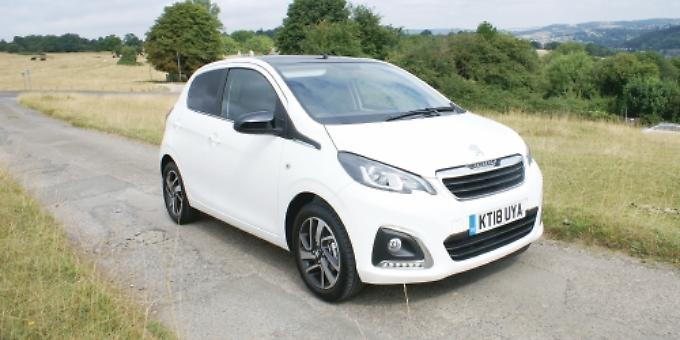 IT is quite amazing how carmakers keep coming up with novel ideas to give sales a boost to a tried and tested model.

Take this week’s drive, the Peugeot 108 — the “baby” of the Peugeot range and a car that actually gets better with each generational change.

A couple of summers ago Peugeot came out with the new metallic paint colour Golden Yellow for the 108.

In 2016 following the success at the French Open by “brand ambassador” Novak Djokovic, the French carmaker introduced two new Roland Garros Special Editions on the 108 and 208 models.

Both models had added goodies of course and were distinctive in Diamond White with a retractable black fabric hood, orange door mirrors and 15in Thorren alloy wheels with orange centre caps.

What I like about this kind of policy of rejuvenating a successful model such as the 108 is that it keeps the model “alive” during its passage to a new generation or total remodelling. So it was no surprise that earlier in 2018 there were two new metallic paint options — Green Fizz and Calvi Blue — available on 108 Allure and Collection models.

Now the Peugeot 108 I have been driving was in Diamond White and on the test car this was a £250 optional extra.

I have to say it would be worth thinking carefully about these colours because the combinations available are now many and you can get the bespoke-looking 108 to suit you.

Which is exactly how it should be. In fact, this 108 suited me for another good reason — it was a five-door car and that gets my vote every time, especially in super-minis and city cars.

Maybe I am not in the mood any longer for climbing around front seats to get into the often cramped back seats of a two- or three-door car, so for me the five-door is king.

When Peugeot turned out the 108 on the back of Djokovic’s Paris win, the design of the 108 Allure was further enhanced by the addition of a Raven Black roof and gloss black door mirrors, aimed at appealing to customers looking for a compact car with a sporty personality.

Further enhancing the range of new features for the 108 this year, Peugeot introduced the new colours, features and trims.

The 108 model range has five trim levels and is priced from £9,225 (on the road). Additionally, the Green Fizz retractable electric fabric roof has been launched to promote “stylish motoring”.

The new engine line-up carries CO2 figures that are between 1g/km and 2g/km lower than the outgoing engines.

What I like about these Peugeot engines is their sheer willingness to perform. They will tackle any gradient or power issue you care to throw at them and yet can be docile and very economical while driving in city or town.

Mirror Screen allows the driver to display compatible apps on the seven-inch touchscreen and manage them using the vehicle controls.

The touchscreen is available as standard on Active trim level and above and comes with DAB Digital radio, USB / 3.5mm jack for external audio devices and gloss black surround.

Further improvements to the 108’s safety technology come in the form of Active City Brake and Lane Departure Warning System options, which now feature a traffic sign recognition system. This technology is available on the Allure and Collection trim level as an option, priced at £480 (including VAT).

• Offering nine trim levels and priced from £9,225 on the road