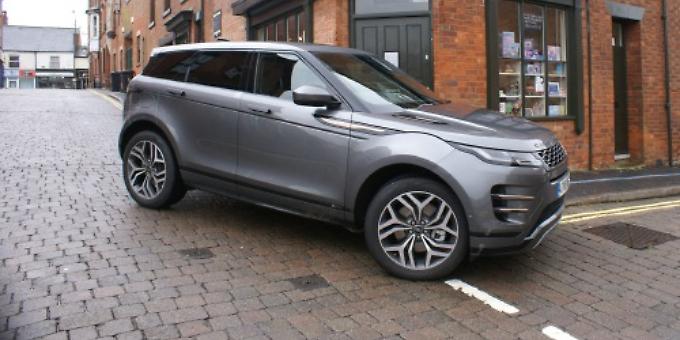 A MEMORABLE cartoon in 1960 revealed how the British public appeared suddenly to become very literary-minded with the lifting of a ban on the publication of DH Lawrence’s Lady Chatterley’s Lover.

The cartoon showed people queuing up to get their copy of the novel. Of course, it was the “salacious bits” in Lawrence’s book that they were clamouring to read. Penguin won the case and quickly sold some three million copies.

A road trip last week to the heartland of Nottingham took us to the tiny house in Eastwood where Lawrence was born, now a delightful and informative museum and well worth a visit.

Our drive for this outing, which lasted a few days and took in around 300 miles overall, was the all-new 2019 Range Rover Evoque.

The new Evoque is built with all the gritty pride you would expect from a Midlands community steeped in the history of car production.

Land Rover is itself one of the last truly British marques still in production (even if it is these days owned by the largest carmaker in India).

But I am still glad to discover that Jaguar Land Rover applies quality standards to their cars that are welcome in a culture that has become increasingly throwaway. The interior of the Evoque D180 SE R-Dynamic Automatic, AWD I have been driving was beautifully turned out in full-leather upholstery.

In fact that first thing that strikes you about this new Evoque is its smart and sophisticated design lines.

This was accentuated in the test car by the Corris Grey metallic paint and the Deep Garnet/Ebony perforated Windsor leather seats.

These two striking aspects of the new car were optional extras that would cost you an extra £640 for the paintwork and £1,735 for the upholstery.

But they so “make” this car that if you were buying one you might consider them essential parts of the whole.

When I drove the first generation Evoque at its launch, I was struck by the excellent ride and remarkably easy way it handled.

The Evoque needs to be a five-door vehicle (as was this test car). I found the three-door version not a good mix, particularly for those in the back.

This time out, travelling the major roads and by-ways in and around Nottingham, even back-seat passengers were praising how comfortable a ride it was in the new Evoque.

Since the original first appeared in 2011, the Evoque has won 217 international awards. This new second generation Evoque, available in 127 countries, is as JLR claims, truly “a sophisticated evolution” of that original.

With sophistication comes all the modern attributes of high-tech equipment.

Nick Rogers, JLR’s executive director, product engineering, says the Evoque is “smarter than ever”, adding: “The software that sits behind our infotainment system has been refined to provide a more intuitive customer experience.”

This kind of 21st century sophistication in a car is a world away from the world DH Lawrence lived in.

The Nottinghamshire mining communities into which he was born have all but disappeared. He strived not to go down the mines and became a writer of some renown. Lawrence’s novels were said to reflect the “dehumanising effects of modernity and industrialisation”.

Nothing could be more modern — more 21st century — than the Evoque I have been driving.

This car shows that the level of achievement in technological progress knows no bounds.

I’m sure that Evoques of years to come will embrace this brave new technological world in equal measure.

Meanwhile, this new, second generation 2019 Evoque will I’m sure prove to be a world-class vehicle, with global appeal.

However, this great “intuitive experience” would be even better for the new car buyer if you were to spend as much time as possible with the car to find out how everything works.

The level of sophistication on everything from navigation to the 14-way electric heated memory front seats is such that, as with all great examples of modern technological achievement, you need to learn about them to get the best out of the equipment. This is the case with smartphones and computers and also applies to cars.

Flush door handles that retract as the car locks, the twin touchscreen Touch Pro Duo system featuring faster software, a longer wheelbase for extra knee-room, and 10 per cent more luggage space all add up to a much better car than the one that preceded it.

SE R-Dynamic features (in addition to standard specification) include: