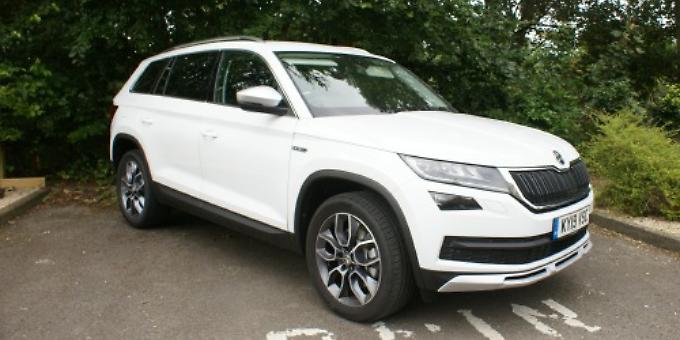 POWER has always been the driving force behind cars from the humble three-horsepower Benz vehicles of the late 1800s to the super-electric cars coming our way from 2020 and beyond.

Power in old money terms was always measured in horsepower but today’s carmakers translate engine power for us in something called PS.

One PS or Pferdestärke (horse-strength in German) is about 98.6 per cent of a brake horsepower — the two are nearly interchangeable and PS is sometimes referred to as “metric horsepower”.

If you are looking to buy a new car and care about these things — you should because we underestimate the huge amount of money we spend on cars — then check out your prospective new car’s engine PS. It makes a huge difference.

This week’s drive, the excellent Škoda Kodiaq Scout proves my point, simply because the higher PS rating of the car’s engine (a 2.0-litre TSI 190PS petrol unit) made this large car fly.

One of my reservations about these large SUVs (sport utility vehicles), which are beginning to dominate new model line-ups with just about every carmaker, is that I found some of them to be noticeably slightly underpowered.

Not by much, it has to be said, because these things are gone into with a fine toothcomb these days by car designers.

But the proof of the pudding is in the driving and because the large SUVs are trying to be all things to all drivers (that is, on internal space, high ride, great looks, four-wheel drive ability) then the engine torque (pulling power) is massively important.

Vehicles such as the Škoda Kodiaq Scout make excellent tow vehicles if they have the right amount of power under the bonnet. I like them matched with the fine DSG transmission.

The Kodiaq, which is the big beast in the Škoda line-up and the Czech carmaker’s first seven-seat SUV, comes in with a choice of petrol and diesel engines.

The new engine in the test car was the 190PS petrol engine. The extra oomph in the power department made a world of difference and is more satisfying than the 150PS version. But the devil in the detail makes the difference in cars — the overall specification you settle on when you buy a new car is absolutely crucial — and I would say this new 190PS petrol engine is a winner.

The diesel line up for engines for the Kodiaq will give you necessary “grunt” or torque. However, it seems petrol cars are probably edging ahead in favour at present (with electric versions imminent) so this Kodiaq Scout is a cracking good choice if you are after a new, large SUV.

Not only that, the price is right. For a few bob over £40,000 for the test car (with options fitted) you get a lot of car. Large, so-called more prestigious SUVs, can cost a starting price of double that amount these days.

It’s worth saying that since its launch in 2016, the Kodiaq has become one of Škoda’s most popular models. It has won 15 key industry titles, including Honest John Car of the Year 2018 and What Car? Best Large SUV.

So what aside from the powerful 190PS petrol engine can you get on the 2019 Škoda Kodiaq Scout?

This was the “go-anywhere” Kodiaq, the one with something called a “rough road package”. The idea of the Scout is it can easily take you off-road in comfort and safety.

The rough road package consists of bumper and protective covers on the wheel arches, doorsills and under the vehicle. And the giant 19in Crater anthracite alloy wheels should keep you out of trouble.

Controlled via the luggage compartment handle, the optional tow bar can be folded out when required. Trailer Assist allows you to reverse safely while towing, turning the door mirror adjuster with a joystick to help you position the vehicle.

Transmitted in real time to the infotainment display, the Area View camera enables the driver to react quicker to whatever might be coming his or her way.

The panoramic sunroof provides extra sunlight and fresh air at the press of a button. Dynamic chassis control allows the driver to switch between eco, comfort, normal, individual, snow and off-road, giving added power and grip.

This excellent large SUV just got a lot better with the advent of the more powerful and accomplished 190PS petrol engine.