Prestigious design is a match for the big boys 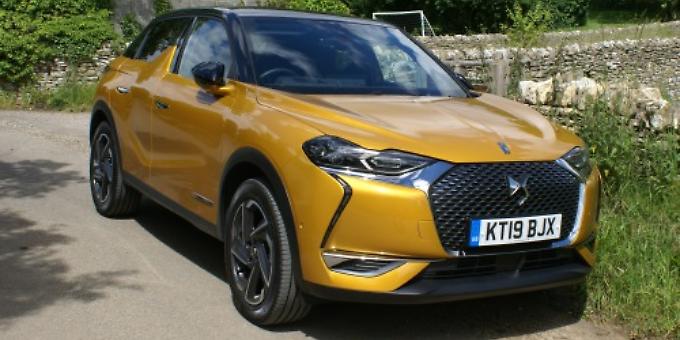 FOR a long while now I have championed the idea of making small cars as luxurious as large so-called “prestigious” models.

The DS 3 Crossback I have been driving this week appears to fulfil these criteria because of a pristine trim complemented by very comfortable seats topped by great exterior design lines.

But that’s just the beginning.

The car bristles with top-flight safety equipment and driver assistance functions and there is a 100 per cent electric version called E-Tense.

Being French, the brand, which has the pedigree of the Citroën DS history behind it, does of course ally itself to the avant-garde.

To which end as well as the above mentioned “extras” normally found in larger vehicles you get DS matrix LED vision headlights (surely a work of art in their own right), flush door handles that deploy automatically and, as they say in some circles, an absolute banging eight-speaker sound system.

On top of that the car was great to drive, powered by its 1,199cc, three-cylinder turbocharged petrol engine that allowed it to bolt off the starting line and up to just over 60 mph in 8.2 seconds. Eric Apode, DS Automobiles’ senior vice-president for products, says: “Lovers of beautiful objects will be charmed by the DS 3’s sculptural design, the creativity of its interiors and the care taken with even the smallest details.”

But that is the point, because this car’s stark individuality inside and out panders to a desire — primarily French — for what some dyed-in-the-wool Brits might think over the top.

However, I like it. I like the fact that this car has been designed like a piece of sculpture, and I like the rather complex dashboard switches and buttons that give a modern twist to Art Deco style.

DS Automobiles is unabashed by any sense that all this might be over-egging the product.

The carmaker says: “This car represents French luxury savoir-faire and high technology in the automotive industry”. Well, French sophistication was always streets ahead of anyone else when it comes to style, from haute couture to cars.

As noted, this ethos is not everyone’s cup of tea. Yet the DS 3 Crossback is a worthy and stylish stable companion to the rather grand DS 7 Crossback.

There will be those that will say, hang on, it’s only a car, and I have some sympathy with this view.

However, the DS 3 Crossback has so many nice touches that I think the “it’s-only-a-car” brigade can stick to their bland models.

The car I have been driving was the Ultra Prestige model. There is only one trim “above” this — the so-called La Première limited edition, which is the zenith of luxurious design for any small car I have experienced.

The Ultra Prestige, which comes very close to La Première, is styled as the Opera version with a black interior roof and Art Black Basalt Nappa leather seats.

Another innovation is something rather heftily called Proximity Keyless Entry and Start system.

This technology recognises the keyholder’s arrival at the car from three metres, unlocks the vehicle and deploys the flush fitting door handles. This can take some getting used to. When leaving, the car the door handles retract at a distance of two metres from the car, accompanied by audible and visual confirmation that the car is locked.

Cleverly, should the driver forget and leave the key inside, the car prevents itself from being locked.

This technology uses a camera mounted on the windscreen to monitor the road ahead and adjusts accordingly — for example switching automatically from full beam to dipped headlights.

When approaching a vehicle from behind, the light segments around the vehicle being followed go out, creating an unlit area so that the driver in front is not dazzled.

It’s another example of the designers’ commendable commitment to safety. The DS 3 Crossback has set records since the introduction of the new Euro NCAP safety tests in 2018.

Standard equipment for the range:

• Emergency braking up to 87mph