This Audi’s set to take any road in its stride 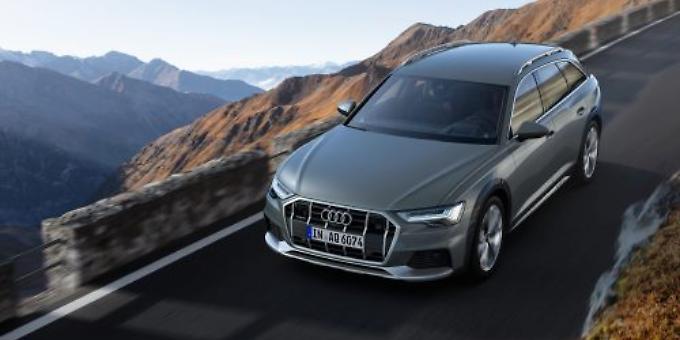 TWO decades on from its debut, a new and much-refined Audi A6 allroad that has been built to a “technologically sophisticated formula” is the kind of car that would take any winter in its stride, whatever the weather.

But this does not mean you have to rough it. The new A6 allroad offers “the best in executive class comfort”, according to Audi. This is thanks to smooth mild hybrid drivetrains and a new digital cabin based around a touch-response interface.

As an option, the new A6 allroad quattro is available with the Audi virtual cockpit (as part of the Technology Pack). Its 12.3-inch display is controlled with the multifunction buttons on the steering wheel. Add to this the top-of-the-line MMI navigation plus infotainment control centre — also an option — including LTE module and Wi-Fi hotspot, and the Audi A6 allroad is a car that really puts you in control.

The navigation learns based on previous journeys and can provide the driver with suitable suggestions when choosing a route.

The A6 allroad quattro body is up to 45mm higher than the A6 Avant. The ground clearance at standard ride height is 139mm, which means better off-road ability.

The A6 allroad quattro is equally powerful when used as a towing vehicle — it can tow up to 2.5 tons.

Adaptive air suspension with controlled damping is standard, and has been tuned specifically for the A6 allroad quattro to boost its off-road capabilities.

It adjusts the ride height depending on the road speed and mode set in the Audi drive select system. If the highest ride height is selected at speeds of up to 22mph, the body is raised 45 mm.

The body is lowered automatically when this speed is exceeded. At motorway speeds of above 74mph, the ride height is lowered by 15 mm.

If the A6 allroad quattro sets off in off-road mode, which covers speeds up to 49mph, the body is 30 mm higher than the normal ride height.

The A6 allroad quattro offers additional comfort features including standard hill descent control and tilt angle assist that allow it to take off-road terrain in its stride.

When negotiating light terrain, the driver can call up a display on the MMI monitor, and a warning will appear when the vehicle is at risk of tipping over.

On a steep slope the hill descent control limits the speed in the range of 1.2 mph to 18.6 mph to a figure defined by the driver and brakes all four wheels selectively and individually as necessary.

On loose surfaces the system provides an additional braking wedge in front of the wheel by using a special ABS brake function.

In the Audi drive select off-road mode, all the relevant dynamic handling systems through to stabilisation control are tailored to off-road conditions.

• Versatility coupled with a distinctive look and premium equipment

• Available in the UK with Sport or Vorsprung specification options priced from circa £55,000 (on the road)