Award-winner wants to make itself useful 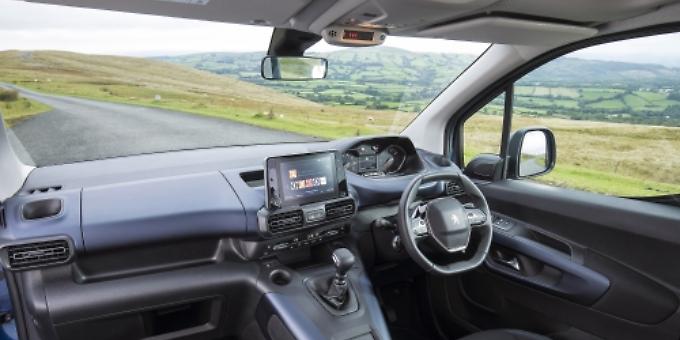 IT seems to me that as motorists we are so often preoccupied with the style, design and gadgetry on new cars that we forget an important prerequisite of owning a car — its usefulness.

I suppose such a mundane requirement gets lost these days in the demand for cars that above all please the eye, if not the pocket.

So step forward the all-new Peugeot Rifter, a multi-purpose vehicle that exudes usefulness at every turn of the wheel.

Top of the list of the Rifter’s appeal was for its “versatility and practicality” — in other words, its overall usefulness.

I think that with the headlong race to produce electric cars — which may still be a gamble that doesn’t quite pay off — the actual function of a car is getting lost.

Most people still want a car merely to get them safely and economically from A to B as they go about their daily lives.

I heard a story about life with an electric car and not a cheap one — a top of the range electric vehicle.

Now when I drove this all-electric car, there was no worry about range. I had it for about an hour one afternoon.

It was superb to drive — quiet, fast and comfortable. I completed only low mileage in that hour. And yet someone I heard about took delivery of the same model of electric car. It was fine jogging along from work to home and back again — a distance each way of no more than 25 miles.

Then the driver had to go to Cornwall — a trip that would usually take him five hours at most from his home in the Midlands.

In this top of the range electric car, with stops for recharging en route, the journey took seven hours. On his return the driver gave the electric car back.

I think this illustrates perfectly the importance of practicality coming first. And there cannot be many more cars available today more practical and useful than the all-new Peugeot Rifter.

Available with both five and seven seats, Peugeot employs something called a “Magic Flat” system in the Rifter.

This allows the rear seats to be folded down at the push of a button. Overall space available is between 775 and 4,000 litres according to which version — five or seven seats — you choose. With the passenger seat folded down, objects of up to three metres long can be fitted into the “long” version of the Rifter.

Launched in 2018, the Rifter complements, design-wise, Peugeot’s successful “family” of SUVs (sport utility vehicles) and comes at a price that starts around £19,650.

Active, Allure and GT Line trim levels are available at either Standard Length (with five seats) or Long Length (with seven seats).

Engines available include the award-winning 1.2 PureTech 110 S&S petrol engine with six-speed manual gearbox, as well as a 1.5 BlueHDi 130 S&S, with a six-speed manual or eight-speed automatic gearbox.

I think with the Rifter, this practical and useful form of vehicle comes of age, offering a good
all-rounder equipped with the latest technology at an attractive price.

• Available with both five and seven seats

• Overall space available of 775 and 4,000 litres according to version

• Long version can carry items up to three metres long

• Tray tables at the back of the front seats available

Gardening Apprentice Closing Date: 28 February 2020 The Oratory School has an exciting opportunity for an enthusiastic ...