Škoda’s latest venture is a tale of two engines 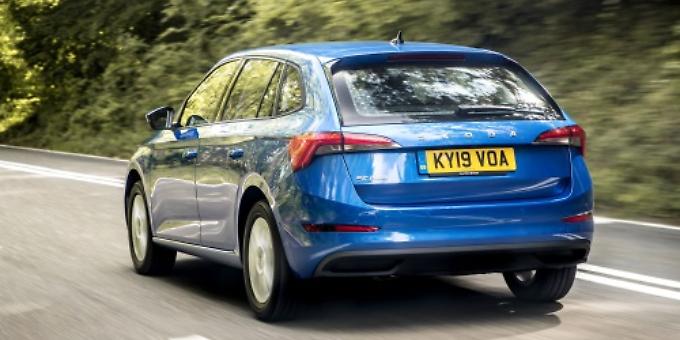 THIS is a tale of two engines — one petrol, one diesel — and how in their own way they remain significant in today’s rapidly changing world of cars.

It might be that in years to come both of these forms of fuel will be seriously on the back foot.

The new buzzword in vehicle propulsion is electric. And what is proving very popular now are
plug-in hybrids.

The latter’s battery can be recharged by plugging it into an external source of electric power, as well as by its on-board engine and generator.

Meanwhile, petrol and diesel engines abound. They still give drivers reassurance on range, something the electric car industry has to tackle honestly.

I have recently been able to sample two examples of petrol/diesel power in the excellent all-new Škoda Scala.

The Scala is a new hatchback that is “positioned” between the Czech carmaker’s Fabia and Octavia.

The Scala I wrote about recently was powered by a 1.6 TDI diesel engine. This week I have been driving a Scala sporting a 1.0 TSI petrol engine.

I have waxed lyrical about this marvellous one-litre petrol engine before. It is economical (up to 49.6mpg on the combined cycle) yet for such a small capacity engine it has bags of relative power.

The 1.6 TDI Scala had plenty of torque (pulling power); the 1.0 TSI Scala SE petrol version of course less so. Yet as long as you are prepared to use the manual six-speed gearbox to full advantage — which, after all is what it is there for — the 1.0 TSI Scala I had on test proved a more than satisfactory drive.

Also, for a car that starts at around £19,000, the Scala SE comes with good technical equipment, such as the eight-inch touchscreen, Bluetooth, two USB-C ports and SmarkLink (which includes Apple CarPlay, Android Auto and MirrorLink).

Both the Scala and the Škoda Kamiq (the latest addition to its award-winning SUV line-up) now enable drivers to connect a smartphone to their car using wireless technology.

They are the first models from Škoda to offer new Wireless SmartLink technology, which makes for even more convenient use of Apple CarPlay or Android Auto. In conjunction with the inductive charging feature of the optional Phone Box, this even enables completely wireless in-car smartphone use.

The first time a smartphone is used, drivers have to establish a connection to the infotainment system via Bluetooth.

Once this has been done, the phone will always connect automatically via Wireless SmartLink as soon as the driver enters the car, provided the Bluetooth function is activated. The smartphone is paired via Bluetooth and the data for mirroring is transmitted over Wi-Fi.

For the Scala, which was named Best Compact Family Car 2019, there are three engine options (two petrol and one diesel) with power outputs ranging from 115PS to 150PS. The petrol range consists of one 1.0 TSI unit with 115PS (the test car) and a 1.5 TSI engine with 150PS. A third petrol unit developing 95PS is being added to the line-up. The Scala’s diesel option is the 1.6 TDI unit that generates 115PS.

All engines, with the exception of the 1.0 TSI 95PS, soon available, have the option of the seven-speed DSG transmission.

My tip with the Scala, as with any new model, is always to go for the spec you really want.

The range-topping SE L costs from £20,385 on the road and has a highly comprehensive specification. It includes Škoda’s new Amundsen infotainment system with 9.2in glass touchscreen, Virtual Cockpit, climate control air conditioning, keyless entry with start/stop and a colour multifunction trip computer.

The exterior design features 17in alloy wheels, full LED rear lights, dynamic indicators and privacy glass on the rear windows. Inside, the seats are finished with silver Microsuede trims and chrome details on the dashboard, door panelling, gear and handbrake lever.

The latest Scala available comes with the popular Monte Carlo trim — in homage to the Czech carmaker’s long-time rally success.

• Three engine options with power outputs from 115PS to 150PS

• Air-conditioning, alloy wheels and LED headlights standard on all models

• Wide range of options including Virtual Cockpit and Panoramic roof