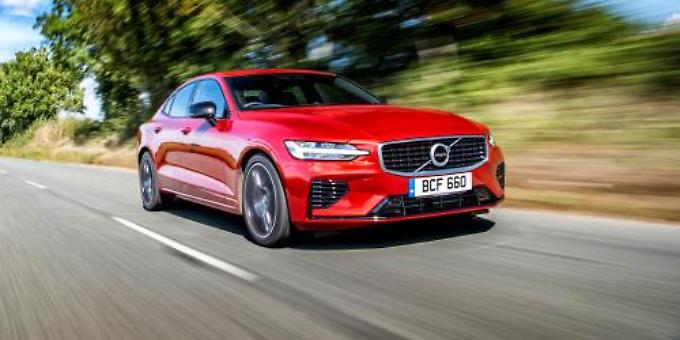 HG Wells was not alluding specifically to the future of the motorcar when he published his sci-fi novel The Shape of Things to Come in 1933.

But he was speculating on future events — both political and social — up to the year 2106. It was great imaginative writing at a time when no one could foresee what the technology and digital revolutions would mean to us all in 2019.

And yet this week I have been driving a car that would surely have been considered “pure science fiction” back in the Thirties.

There’s still plenty of time in which to flesh out the themes in Wells’ novel — actually, just under a century — and goodness knows what cars will be like then.

For the here and now, Volvo’s S60 T8 Twin Engine AWD
R-Design Plus Automatic is an incredibly sophisticated car.

So the car has green credentials in abundance without compromising power and performance.

And by the way, the car looks the part. The S60 of past generations has been an admirable workhorse of an executive saloon.

This new 2019 S60 is something else. Not for nothing was the new S60 named best executive car in the 2019 Scottish Car of the Year Awards.

John Murdoch, president of the Association of Scottish Motoring Writers, nicely encapsulated the appeal of this smart new S60.

He said that the S60 was “discreetly classy, sleek and with a sporting style” and that it delivered an ideal combination of comfort, driving engagement and equipment. Murdoch also praised Volvo’s “superb safety kit”. This is a theme I have tried to emphasise whenever I have reviewed Volvo cars.

It’s not just good enough for carmakers to produce cars that appeal to the eye. In the real world of the motor car today, safety would be my number one issue. The apparent frequency of road accidents today alarms me.

Safety is synonymous with Volvo and always has been. The S60 demonstrates the advanced technologies Volvo is deploying in its mission to eliminate the risk of serious injuries and fatalities in its new cars.

These include, as standard, City Safety, which can detect vehicles, pedestrians, cyclists and large animals in the car’s path by day or night, automatically alerting the driver and providing autonomous braking if necessary to avoid or reduce the severity of an impact.

Further protection is provided in the form of Oncoming Lane Mitigation, a segment-first system to help avoid accidents with oncoming vehicles. Built at Volvo’s US plant in Charleston, South Carolina, the S60 is available in the UK in three grades.

R-Design Plus has sharper styling details for the exterior and interior and, for the T5 petrol version, lower, stiffer suspension.

The range-topping S60 T8 Polestar Engineered gets high-performance upgrades to its suspension, brakes, wheels, engine and transmission, along with styling features.

The portrait-oriented touch screen enables quick access to functions and features. As in the 90 Series cars, smartphone integration with Apple CarPlay and Android Auto is also available.

The S60 is also available with Pilot Assist, which provides levels of acceleration and braking control and steering assistance to help keep the car in its lane, at a set speed and at a safe distance from any vehicle ahead, making driving safer and less tiring for those who have to cover long distances.

The hybrid has been around a while and lots of carmakers have hybrid models in their model range. But the S60 T8 Twin Engine AWD R-Design Plus Automatic takes us to another level.