Volvo’s quality makes it carmaker of the year 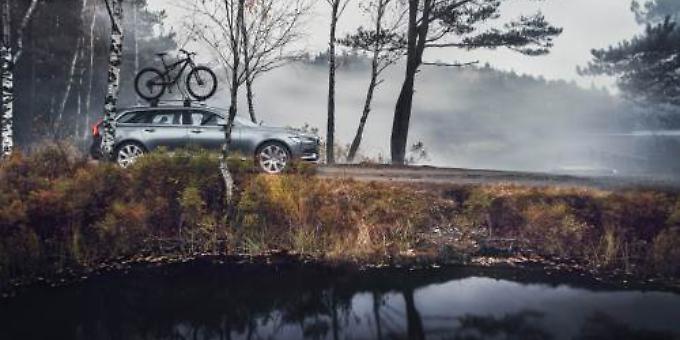 Volvo is my standout carmaker for 2019 for its world market impact, model range refinement on both the technology and safety fronts and — not least for the Swedish carmaker — significant recent sales.

From the XC40, the smallest Volvo SUV, to the mighty XC90 SUV, the largest production Volvo car, the model range has not failed to impress.

The estate car models, such as this week’s Christmas drive in the Cotswolds, the Volvo V90, have shown an excellence of manufacturing execution, driveability and performance that will be hard to beat.

And, as we steer steadily into 2020, we are mindful of the vision of Håkan Samuelsson, president and CEO of Volvo Cars, that “no one should be killed or seriously injured in a new Volvo car”.

Now that may seem a tall order. But judging by the quality and finesse of the current model range, I think it has to be viewed as achievable.

Of course, no one knows what the future will bring. Last week in Davos, environmentalists were arguing over priorities about fixing planet Earth.

In the world of cars, only Volvo has restored my faith in the motor car and that it might have a future, even if that future is going to be a decidedly rocky one.

Of the decades I have been reviewing new models of cars, I have not until this year, been so consistently impressed by one single carmaker, including Volvo itself.

Let me explain. There was a time in the past when Volvo got the safety and overall security of its models right. Stories of the startling longevity of its cars are legion.

But Volvos in the past were renowned for their heaviness — the largest models could even have been described as cumbersome. Volvos of that era, though safe as houses, were decidedly not light on their feet.

All that has changed. In the past decade or so, with the coming of new, lighter models and methods of production with even greater emphasis on safety, I believe Volvo has undergone a sea change.

This has probably got a lot to do with the fact that since 2010 Volvo has been owned by the Chinese multinational automotive company, the Geely Holding Group.

And though I do not profess to know about such things, this has surely meant a lot more cash available for research and development. On the evidence of the present Volvo model line-up, such investment has been responsible for a seismic shift in Volvo’s fortunes.

With cars, you not only have to appeal to new car buyers’ innate need for desirable models, but also their collective demands for reliability.

As traffic increases and driving becomes less pleasurable, road accidents seem to have proliferated. This may be based on anecdotal evidence but my view is that many drivers are less cautious than they were when getting behind the wheel. So they need all the help they can get from carmakers.

This is where Volvo scores highest of all. Its safety policy is legendary but in latter years together with more stylish models, the firm has massively enhanced safety measures in its cars.

The model I have been driving this week was the Volvo V90 T8 Twin Engine AWD R-Design.

The V90 is powered by Volvo’s Drive-E powertrains, including petrol, diesel, and in the car I have been driving, Volvo’s T8 Twin Engine, a petrol plug-in hybrid mated to an eight-speed automatic transmission.

Volvo’s City Safety technology, standard on all Volvo models, combines automatic braking functionality and collision avoidance systems to cover a range of potential accident scenarios. City Safety is the only system on the market that detects pedestrians, cyclists and large animals such as deer.

The Pilot Assist driver assistance system works up to 130 km/h on clearly marked roads and is another step towards Volvo’s Vision 2020, which states that no one should be killed or seriously injured in a new Volvo by 2020.

While I’m sure Volvo is anxious to accentuate the new, here’s a clue to how the V90 should have a bright future. This large estate car has just won the Used Executive Car of the Year title in the 2019 Car Dealer Magazine Used Car Awards.

• These include petrol and diesel versions

• Volvo’s City Safety technology is standard on all models