Meet the electric car that doesn’t fit the stereotype 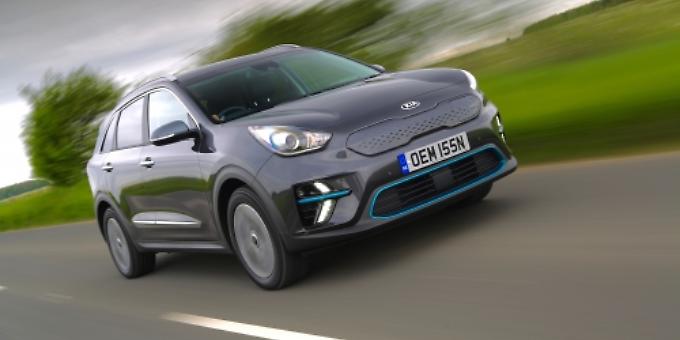 FIRST impressions count when it comes to appraising new cars, and my first look at the new Kia e-Niro was positive simply because it didn’t look like an electric car.

This is a compliment, by the way. For all too long, designers of nascent electric cars seemed to believe that somehow an all-electric vehicle had to look, well, different.

So, you would get those rather ugly, tiny all-electric city cars that looked as if they had escaped from an old-time fairground.

The Kia e-Niro I have been driving this week looks straight away like a normal car. That is, it is not spectacularly stylish but is perfectly easy on the eye.

More to the point, it does not look peculiarly electric.

In fact the e-Niro appears to be styled in similar fashion to non-electric models in the Kia line-up.

This makes perfect sense to me. Although many motorists are cottoning on to the advantages of owning an electric car, many I am sure have felt alienated by the visual stigma of “old-fashioned” electric vehicles.

Yet the march of the electic car seems to go on unabated. Kia’s new model made its European debut at the 2018 Paris Motor Show. Since 2018, more than 10,000 e-Niros have been sold in Europe.

For 2020, there is a new high specification four grade e-Niro that has been added to the line-up, replacing the previous First Edition model.

When I first got behind the wheel of this new e-Niro I was struck not only by its pleasing design outside the car but its “normality” inside, too.

There was everything there one would expect in a petrol or diesel car but had previously been “left out” of electric cars presumably to conserve battery power.

So the latest e-Niro’s list of standard equipment is lengthy. What impressed me most was the black leather upholstery, heated front seats and that most welcome of features in winter, a heated steering wheel.

There is an electronic parking brake with autohold, automatic air conditioning, adaptive Smart Cruise Control with Stop and Go and a smart entry system with engine start and stop button.

The 10.25in touchscreen HMI (human-machine interface) in the centre of the dashboard offers a series of features specific to Kia’s new electric vehicle.

Drivers can locate nearby charging points and monitor the level of remaining charge and range. Drivers can also gauge their trip and lifetime CO2 reduction from driving the e-Niro, compared with a petrol car of a similar size.

The HMI allows owners to set an approximate departure time for their next journey, enabling the car to heat itself to a set temperature before the driver departs.

The charge management function also intelligently manages the flow of electricity to the battery when charging, to help extend the life of the battery.

The seven-inch TFT colour instrument cluster shows driving and battery charge information while on the move.

The display also gauges the driving style of whoever is sitting at the wheel, attributing a percentage to the amount of economical driving they manage on each journey.

For drivers preferring to enjoy the surprisingly slick performance (including great acceleration because battery power provides instant torque with no need to build up revs), the display also shows what percentage of a journey has been completed with “dynamic” driving.

I found that you quickly fall into a pattern of driving the e-Niro, as with any vehicle, as I imagine no two motorists’ driving styles are the same.

A lamp is integrated into the top of the dashboard, with a light displaying whether the battery pack is recharging or fully charged when plugged in. This enables owners to quickly see the car’s charging status at a glance when charging.

The e-Niro has been justifiably well received, winning Car of the Year at the 2019 What Car? awards and being named a “game changer” by Autocar magazine. It was also named best electric car at the Business Car Awards 2019.

Of the latter award the AA’s Stuart Thomas said the e-Niro “combines the range capability of a premium electric car with the accessibility of a high-specification family crossover”.

Range remains the biggest concern of any driver with an electric car. I have experienced this anxiety myself in the past.

Mostly this has to do with what you might call “normal” driving. So, you get in the car, you check for a full tank and set off.

Someone told me a story of a driver of a much more expensive electric car who took seven hours to do a regular five-hour journey because he had to stop for recharging.

This kind of tale, whether true or apocryphal, has to be eliminated from modern driving lore, otherwise drivers are not going to be attracted to electric cars.

However, the e-Niro is undoubtedly a triumph and sets a new standard in electric cars that are fast becoming an option for motorists.

• Up to 282 zero tailpipe emissions miles from a single charge

• With a 50kW charger, battery can be replenished to 80 per cent in 75 minutes

Call for safety measures at crossroads after crash