Electric cars are making a comeback — and how 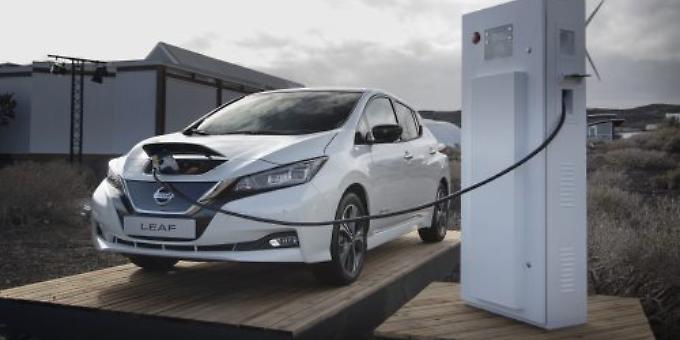 THE coming decade is predicted to be a time when the electric car comes into its own.

In 2020 alone one major carmaker is already saying it will produce 14 new “electrified vehicles”.

So with all this huge investment on the part of car manufacturers finally bearing fruit, it will be interesting to see what the take-up on electric cars will be in the next 10 years.

In 2018, for example, 2.2 per cent of vehicles sold worldwide were electric and that was a record-breaking year, according to www.carinsurance.net — but that is bound to change in the next few years.

This week I have been driving an electric car that has been around, would you believe, for the whole of the previous decade.

The Nissan Leaf, a compact five-door hatchback electric car, was first introduced in Japan and the United States in December 2010. It is now — since 2017 — in its second generation.

I have written about the Leaf several times before, once identifying two “conflicting emotions” while at the wheel. One was a rather “laid-back” state of mind where you are more relaxed and calmer than you might be while driving a “normal” car.

The second was one of anxiety — the principal concern of which was simply the question “Will I make it to where I am going and back again?”

Well, I think the jury is still out on “range anxiety” — though carmakers have certainly addressed this issue.

My point is that you have to “adjust” your driving technique when at the wheel of an electric car, which may not be a bad thing.

You have to go slower with one eye on battery consumption. But I still wonder if any electric car driver can honestly say that they would tackle any long journey with absolute confidence.

Where electric vehicles do score highly is on local driving — the shops, a short commute to work or a visit to local amenities.

In fact, the Leaf I have been driving was very useful around town and on short journeys. I do not have a dedicated charging unit at home but that seems to me to be a must for the electric car owner (and one at work, too).

This second-generation Leaf looks like a normal car, so there is no styling penalty because you are driving an electric vehicle. It was smartly turned out in Magnetic Red with a two-tone pearl and a black roof.

Standard equipment was provided in abundance, including in the form of an LED pack — full LED headlights with auto-levelling, LED fog lights, LED daytime running lights and tail lights.

The new philosophy it seems with carmakers is that, yes, this is an electric vehicle but it does not therefore have to look odd. Nor does the owner have to go without on extras.

Indeed, included on the Leaf were electric folding door mirrors, heated front and rear seats with a heated steering wheel and all the technology you could wish for.

And on this Leaf e+ Tekna a NissanConnect EV navigation and entertainment system with eight-inch touchscreen.

The Leaf has an e-Pedal available, allowing drivers to start, accelerate and decelerate to a complete stop using only one pedal.

The Leaf is also equipped with ProPILOT, a driving feature combining assisted steering, acceleration and braking to help the driver on long commutes and in heavy traffic. There is ProPILOT Park, which parks the car automatically.

Both solid and metallic body colours are available for the Leaf, with customers having the option of Arctic White and Solid Red in the former category, whilst Black Metallic, Magnetic Red, Gun Metallic, Bronze, Blade Silver, Spring Cloud, Pearl White, and Blue form the metallic choices. The range extends to the two-tone options.

The electric car was first invented in the 1880s and was met with enthusiasm. Then the internal combustion engine took over. Current developments make me wonder if in the next decade the electric car is set to make the biggest comeback in the history of motoring.

SEAT got off to a great start to the New Year when this week’s drive, the Leon, won one of the most ... [more]

Trending in new car sales, as they might say on social media, for some time now has been the ... [more]

THE new Seat Leon has been voted Autobest 2021, the European accolade for the Best Buy Car of ... [more]