‘Baby’ of Škoda’s SUV family is one to watch 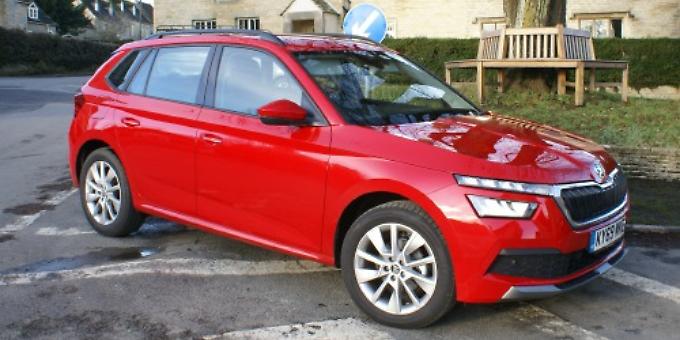 THE mantra relentlessly heard on television soaps is that “family is everything” — despite the fact that you know it is only a matter of time before everything goes pear-shaped.

In the less histrionic world of car manufacturing, these days family is also everything.

All the major carmakers have been beavering away during past decades to develop and produce “families” of SUVs (sport utility vehicles).

Usually, this manifests itself into a simple line-up of large, medium and small SUV models.

This week’s drive is the “baby” of Škoda’s excellent range of SUVs.

The all-new 2020 Škoda Kamiq is positioned below the Kodiaq and Karoq in Škoda’s three-model SUV line-up.

And for my money the Kamiq emerges as another winner in the Czech carmaker’s range. You might even argue that in the Kamiq’s case small is indeed beautiful.

But first let me say, as I have said before in this column, that Škoda has my full admiration as a carmaker that has reinvented itself for 21st century motoring. Nowhere in its model range have I experienced a car that I have not been impressed with.

I have also waxed lyrical about its engines and am about to do so again.

The Kamiq scores well on design and internal space but its performance for an SUV is more than impressive because of its power unit — a mere 1.0-litre petrol engine.

This small engine is available in Škoda’s smallest SUV but I think it works a treat. It is economical and demonstrates extraordinary power for its size.

Škoda’s prowess with engines is no accident. In the latter part of 2019 Škoda celebrated 120 years of engine expertise — a portfolio that includes the first Central European eight-cylinder in-line engine (1907), aluminium engine blocks in the litre class (1964) and modern MPI units.

Multi-point injection (MPI) systems inject fuel at each cylinder, allowing greater control over how much fuel the engine burns.

Around 20 per cent of all engines used globally within the giant Volkswagen Group, which owns Škoda, are developed by Škoda.

The upshot for the car buyer is that, for those who believed that to own an SUV it had to be large and its size had to be matched by a stonking great engine, they should simply think again.

The Kamiq has new details such as split LED headlights with daytime running lights and an interior designed around the latest generation infotainment units.

Customers opting for the SE model — which starts from £19,135 on the road and is the model I have been driving — benefit from 17in alloy wheels, body-coloured bumpers, Bolero infotainment system with eight-inch touchscreen display and Wireless Smartlink for Apple CarPlay.

For a sportier look, the Kamiq Monte Carlo features gloss black detailing and badging along with a panoramic roof, special 17in Monte Carlo alloy wheels, and a red LED ambient lighting system.

The Kamiq range consists of four engine options; three petrol and one diesel. The petrol engine line-up features two 1.0 TSI units with outputs of 95PS and 115PS, and a 1.5 TSI motor that generates 150PS.

The Kamiq proves that as far as Škoda is concerned its family of SUVs contains a model to suit most motorists’ demands, big or small.

• For Nigel Wigmore’s books, visit www.amazon.co.uk and search for “Nigel Wigmore” in books.

• Four engine options: three petrol and one diesel with outputs from 95PS to 150PS

• High equipment levels across the range

• LED headlights and touchscreen infotainment systems on all models

Gardening Apprentice Closing Date: 28 February 2020 The Oratory School has an exciting opportunity for an enthusiastic ...