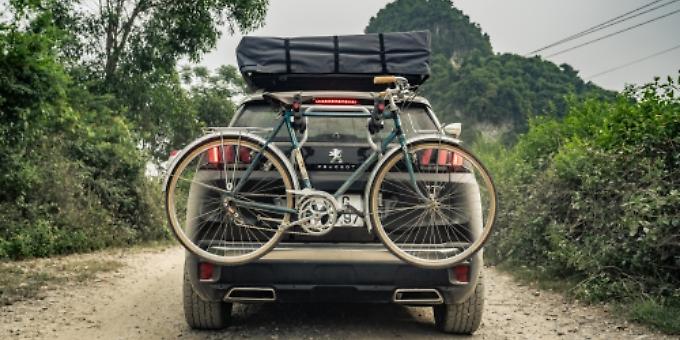 OF all the medium-sized SUVs on the market, the Peugeot 3008 remains top of the class for comfort, interior space and style.

And a road trip at the weekend proved that when it comes to travelling in Britain today, it pays to be in a car of this high calibre.

Indeed, the 3008 has scooped the Best Medium SUV (sport utility vehicle) award at the Carbuyer Best Car Awards 2020 for the fourth consecutive year.

I think the judges nailed its appeal. They said it was a “practical family car, with class leading levels of technology, a range of efficient petrol and diesel engines, engaging driving dynamics and stylish design in an affordable package”.

It is this all-round appeal that strikes you about the 3008 when you first get behind the wheel. And believe me, if you are faced with a difficult journey, as we were at the weekend, all these good things about the car come into their own.

We travelled from our home in the Cotswolds into central London (and I do mean central: into Jermyn Street for a “posh” treat of lunch at a Mayfair hotel). I often wonder where all the American tourists have gone. In the Cotswolds we see daily visitors from South Korea and China but not many Americans.

Well, there were a lot of Americans in Mayfair on Saturday. At six o’clock in the evening Fortnum & Mason was packed with them. All around, it seemed, the tourists were busy soaking up our Britishness. (Good news post-Brexit?)

Perhaps Roger Miller’s 1965 hit, England Swings (Like a Pendulum Do) endures after all in the minds of our American friends.

Anyway, back to “how we got there”. Overall, the time four of us spent on the road in the 3008 was something like six hours.

If you think about it, this is an extraordinary amount of time for a road trip that was around 180 to 190 miles there and back.

We had to divert to pick up our passengers in Wantage, then the usual motorway “fun” began.

Junctions eight to six going east to London on the M4 were closed, so we had to divert to the M40. A lot of cars did the same. So the hold-ups began in earnest outside Oxford as we worked our way towards the M40.

Once on the M40, the going was good until of course we approached the environs of London, where there were more queues.

Comfort inside the cab of the 3008 was paramount and its trim, including relaxing ambient lighting, helped enormously.

There is something almost exotic about the interior of the 3008 — from the leather trimmed steering wheel to the satin chrome detail contrasting with the high gloss black trim and the soft touch fabric on the dashboard fascia.

This translates to the fact that on such a journey there was plenty of entertainment on tap and we made the most of it. So the 3008 offers a 100 per cent digital world with the
i-Cockpit. I liked the 3008’s panoramic opening glass roof, especially the stationary glass at the back and a movable glass front section. The roof lets light into the entire passenger compartment, emphasising the sense of space.

The 3008 SUV’s PureTech engine offers good performance and economy for a petrol-powered engine. Three engines are available. I was driving the 3008 with a 1.6L PureTech 180 S&S EAT8 eight-speed automatic, which provided an excellent balance of efficiency and power.

Some news on the 3008 front: the 3008 SUV GT Hybrid4 will be one of several electrified vehicles the French carmaker will be introducing as part of a plan to provide a fully electrified model range by 2023.

Incidentally, if you are interested in a smaller SUV, Peugeot has opened order books for the all-new Peugeot 2008 SUV and its full electric counterpart, the e-2008 SUV.

• Choice of diesel or petrol engines

• Seats up to five adult passengers