Modern but still young at heart 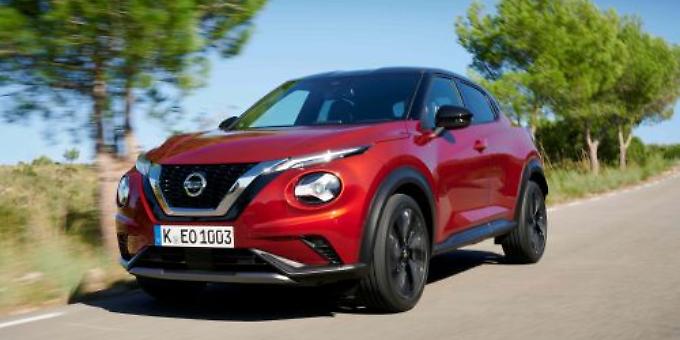 THE pleasantly aesthetic design of the first generation Nissan Juke — launched in 2010 — gave the car its individuality and flair.

There was something about this first Juke that reminded me of Ferrari’s famous prancing horse logo.

Apocryphal or not, Enzo Ferrari is supposed to have told Ferrari to put his son’s prancing horse on their cars’ logo to bring them good luck.

My take on the visual impact of the early Juke may be in the minority but Nissan cannot complain about its sales record.

This crossover SUV (sport utility vehicle) has sold well. In Japan at launch orders totalled 10,943 units in its first month, beating Nissan's target of 1,300. European and US figures also exceeded expectations. The Juke made its debut at the 2010 Geneva Motor Show and was introduced in the United States at the 2010 New York International Auto Show.

The name “juke” was said to mean to dance or change directions demonstrating agility (which fits nicely with my vision of the prancing horse).

Eight years after the first model arrived, in 2018 the one millionth Juke rolled off the line at Nissan’s Sunderland plant. Now in 2020 we have a new Juke. As you might expect it is a smoother, more sophisticated car that has replaced the jinking Juke of that first manifestation.

Yet I found the new Juke just as lively and quick to respond as its predecessor.

Designed, engineered and built in Britain, Nissan says that “interior practicality, cabin and boot space have all been enhanced” in this new Juke.

That much is apparent from the moment you get behind the wheel. It is also well equipped with plenty of Nissan Intelligent Mobility technologies, including Propilot. The latter is a driver assistance system that keeps the car in lane and at a safe distance from vehicles ahead.

Apple CarPlay and Android Auto are both available plus a full suite of connected services, including Google Assistant integration that can also be used to share routes or talks to a smart device.

It is available with a six-speed manual or seven-speed dual-clutch (DCT) paddle-shift transmission, and a driving mode selector (Eco, Standard and Sport). With the new infotainment system, drivers can mirror their favourite smartphone apps on the eight-inch touchscreen display.

Drivers can also access TomTom Maps & Live Traffic or activate their In-Car WiFi to allow passengers to connect to their laptops or tablets.

Juke owners can now check the door-lock status of their vehicle and lock or unlock their Nissan directly from their smartphone. For increased safety, drivers can also check their tyre pressure and oil level before departing on a trip.

Google Assistant compatibility gives them control over functions including vehicle lights and sending destinations to the car’s navigation system by talking to their smart device.

The Bose Personal Plus sound system has eight speakers including two sets of Bose UltraNearfield speakers integrated into both front seat headrests.

Safety technologies include Intelligent Emergency Braking with Pedestrian and Cyclist Recognition, Traffic Sign Recognition, Intelligent Lane Intervention, Rear Cross Traffic Alert, and Blind Spot Intervention. The latter warns the driver when a car gets into its blind spot and brings the car back in the lane.

The new Juke is equipped with full LED technology as standard. Rear-seat knee room has increased by 5.8cm, rear head room by 1.1cm and a boot capacity of 422 litres — providing 20 per cent more storage room.

New soft-touch materials on the dashboard, door trim and foot wells are complemented by standard sporty seats and optional Alcantara or leather upholstery.

Ponz Pandikuthira, of Nissan Europe product planning, sums up this new Juke nicely when he says the new Juke “has grown up, while still retaining the fun-to-drive qualities that have always made it stand out”.

I think that is fair comment on a bestseller that in its new incarnation should prove another popular winner.