Design philosophy’s paying off for Mazda 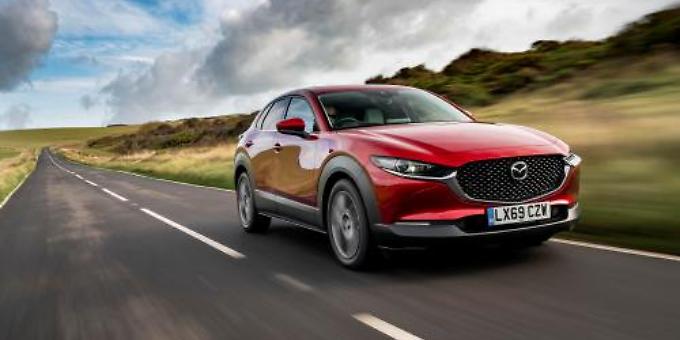 WHEN buying a new car you might look first at its design then its interior (comfort and space) and finally you might take a look under the bonnet.

But would you ever consider the philosophy behind the making of the gleaming new model you are considering as your next big purchase?

These days if you were thinking of buying a new Mazda, then the thinking behind its new 2020 model range is palpable.

The Mazda I have been driving this week is the CX-30, a compact SUV (sport utility vehicle) recently added to the model range.

Mazda says this is the second production model to adopt its so-called Kodo design philosophy that is “deeply rooted in traditional Japanese aesthetics”.

The car’s exterior design lines, for example, which I have to say are definitely pleasing on the eye, are “controlled” by a new design language, says Mazda.

It comes from the brushwork used in Japanese calligraphy and integrates the three factors of Kodo: Yohaku, the beauty of empty space; Sori, curves with poise and balance; and Utsuroi, the play of light and shade. Now you may feel that you do not have time to consider all of that when buying a new car.

On the other hand, in an otherwise vacuous age, you might feel comforted by the fact that some real thought has gone into the making of your second biggest purchase after a place to live.

The proof of the pudding of course for any motorist is what happens when you get behind the wheel?

Well, when I drove the CX-30 the overall “feel” of the car pleasantly surprised me. Maybe Kodo was working its magic on me.

Certainly the interior was calm and comfortable and spacious for a small vehicle. The overall ride on trips that notched up a good few miles on various types of road surface proved to be as good as more expensive cars.

I also liked the fact that although it’s a smaller SUV there was a nice level of equipment included throughout this CX-30.

In conversation with a car industry chief recently he said his wife would not consider owning a new car without a heated steering wheel. That gets my vote. Once upon a time, it was considered a rather snooty luxury to have air conditioning in a car. Now most cars have it, even small ones.

The CX-30 had a heated steering wheel, and heated front seats and some first-class new technology.

This equipment should be standard in all new cars, big or small.

I was driving a new electric car recently and that had all the “comforts” you would need. It even had paddle gears on the steering wheel (more on that car at a later date).

But if I were to start a campaign it would be that heated seats should be available for everyone travelling in a car.

And electrically adjustable seats: why is it that car makers have traditionally only catered for the driver?

The CX-30 had a fine, electrically adjustable driver’s seat but the front passenger seat was the usual manual affair.

I am sure this is down to cost but it is about time that everyone who travels in a car was given equal consideration.

Nothing wrong though with the interior ambience of the CX-30 made more than bearable by new technologies such as eight-speaker Mazda Harmonic Acoustics or
12-speaker Bose premium audio systems.

Mazda has an interesting take on the current “rush” to go all-electric. The Japanese carmaker of course wants to “significantly lower CO2 emissions”.

But, and this is worth quoting in full, “with two-thirds of global electricity production currently relying on the use of fossil fuels, Mazda believes regulations placing the emissions of an electric vehicle (EV) at zero to be disingenuous.

“The average CO2 emissions of an EV in some regions can be rather close to those of a conventional vehicle, depending on the energy mix from which the electricity is made.

“As the majority of cars will be fully or partially powered by internal combustion engines for many years to come, improvements made to these engines will have a greater effect on the reduction of total emissions, simply because of the number of vehicles that will benefit from them.”

So there you have it, a carmaker that believes that the internal combustion engine still has a lot of mileage left in it. And the CX-30 I drove showed clear evidence of this belief.

Nine body colours are available for the CX-30 including the new Polymetal Grey, which was the pleasantly aesthetic colour of the test car.

New tourer’s all about the journey

I FELT that in getting behind the wheel of this week’s drive, the inimitable Kia Stinger, I was ... [more]

Now you can go electric in style

If you are going to go electric — and indications are that many more motorists this year will buy ... [more]