New tourer’s all about the journey 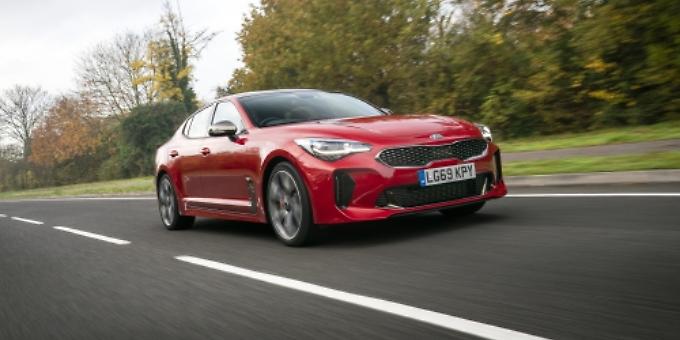 I FELT that in getting behind the wheel of this week’s drive, the inimitable Kia Stinger, I was reacquainting myself with an old friend.

Yet this intriguing car is relatively new, having evolved from a concept version shown at Frankfurt in 2011.

Deep down I knew what this was all about. The Stinger goes to the core of my lifetime fascination with cars. And the background to the genesis of the Stinger backs up this theory.

Under the watch of president and chief design officer Peter Schreyer, who turned the South Korean carmaker around when it was in the doldrums, Gregory Guillaume, Kia’s European head of design was able to indulge a lifetime’s passion.

As a child growing up in Seventies France, Guillaume saw these classic gran turismo automobiles wafting their occupants from Paris to St Tropez and other glamour spots on the French Riviera.

Early on, Guillaume sketched his own elegant grand tourers, hoping that one day they might become a reality. This was his inspiration for the 2011 GT Concept and, subsequently, the Stinger.

“The Stinger has nothing to do with being the first to arrive,” says Guillaume. “This car is all about the journey. It’s about passion. To embody that passion we believe that proportion is everything.”

Guillaume knew it was imperative with the Stinger to get “even the shape of individual body panels” right to achieve a “perfect balance” of design.

The Stinger has these classic proportions — long bonnet, short front overhang, long wheelbase, cabin positioned towards the rear of the car, lengthy rear overhang and a “Coke-bottle” shaped waist. Now here comes the interesting bit with regards to design. In a world of bland-looking cars, Kia’s attitude to the Stinger is refreshing. Kia says the car signals the “final step in the company’s transition from a manufacturer of purely rational, durable, value-centric cars to one able to compete with the world’s best for desirability, design and technology”.

Well, that kind of philosophy gets my vote any time. I love good design in anything from the most mundane household appliance through to cars.

The Stinger stands out as something bespoke among models that are produced with one eye on pleasing a global market.

A single high-specification Stinger is available here in Britain, with a twin-turbocharged V6 direct-injection engine mated to an eight-speed automatic gearbox.

The Stinger GT S is sold with a 3.3-litre 361bhp twin-turbo V6. The fastest and most powerful model in the Kia range has electronic suspension damping and Brembo brakes.

This V6 engine is a joy. The week before I took on the Stinger, I drove a very upmarket electric car. While it was luxurious and accomplished, I missed having a “real” engine upfront that flew — one with power and character such as the Stinger’s.

Of course, any grand tourer worth its salt must have an interior to match the burbling big engine and those long elegant design lines.

The Stinger’s luxurious interior has space for five people and luggage.

There are Nappa leather low-slung seats, and leather also adorns the door armrests, the D-shaped steering wheel and the gearshift, which also has chrome sections.

The high-mounted, wing-shaped dashboard is also covered in leather broken only by the eight-inch touchscreen for navigation and the infotainment system.

The seats in front have eight-way power adjustment — with a memory function on the driver’s side — and a two-way power cushion extender plus four-way power lumbar adjustment.

The front seats and steering wheel are heated, and the chairs are also ventilated, while the outer rear seats are also heated.

To enhance comfort, dual automatic air conditioning is fitted to every model. There is a seven-inch LCD Thin Film Transistor (TFT) supervision cluster and a customisable head-up display, which allows key information — speed, navigation instructions and audio, cruise control and blind spot detection information — to be projected on to the windscreen. There is also a 360-degree around-view monitor.

Simply put, what is not to like about the Stinger?