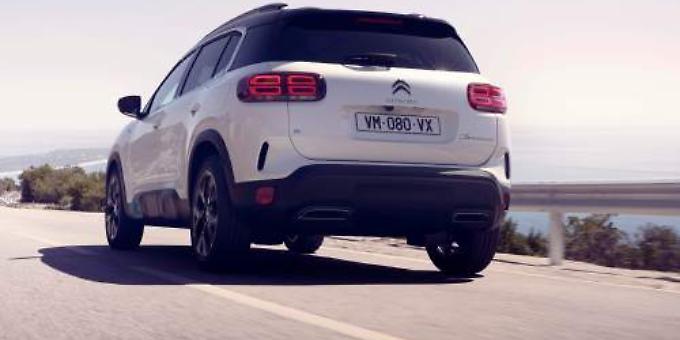 THE antecedents of this week’s drive, the Citroën C5 Aircross go back into the mists of time when French industrialist André-Gustave Citroën founded his car-making company in 1919.

You may not think it possible, but the company culture started by Monsieur Citroën in those experimental days of car production in the early 20th century remains strong today.

If there is one thing I have found common to all carmakers it is that, whatever new models appear, the basic brand culture put in place many years before remains intact.

Citroën is particularly proud of its past and has every reason to be so. In 1934, for example, the carmaker established its reputation for innovation with the Traction Avant, the world’s first mass-produced front-wheel drive car.

The next year, in the wonderful and revolutionary DS, the first mass-produced car was available with modern disc brakes.

In 1967, Citroën introduced in several of their models swivelling headlights that allowed for greater visibility on winding roads; the list of smart invention and innovation goes on.

So we come to this week’s drive, the Citroën C5 Aircross SUV (sport utility vehicle).

Unafraid of continuing to experiment (but not always getting it perfectly right), Citroën has in latter years moved confidently into the SUV market, which continues to grow. Sensing that motorists like the medium-sized SUV for growing families, the Citroën C5 Aircross SUV fulfils just about all the points on any wish list.

Citroën’s Progressive Hydraulic Cushion suspension system gives a more comfortable ride. This technology ensures that the suspension travel is much more acceptable, even on the toughest surfaces.

Taking comfort a step further — and the message is clear from the French carmaker that new car buyers greatly value comfort these days — Flair and Flair+ models, that have accounted for 97 per cent of UK sales in 2019, feature Advanced Comfort seats.

With broad cushions and seat backs, the seats combine high-density foam at the heart of each seat, and electric adjustment on the driver’s side.

It is good to see other passengers in the car are not forgotten, which can be the case in some new models.

In the C5 Aircross’s rear compartment, there are three individual sliding, folding and reclining seats plus best in class boot volume of up to 720 litres.

This year, the C5 Aircross SUV range sees the introduction of a plug-in hybrid (PHEV) option, marking the first step in Citroën’s electrification offensive — a strategy that the French carmakers says “will come to full fruition by 2025”. All new models launched by the French brand will feature an electrified version.

Since launching in January 2019, the C5 Aircross SUV five-door SUV has been recognised as Car of the Year and Best Medium SUV in the DieselCar and EcoCar magazine.

New technology in the C5 Aircross SUV includes ConnectedCAM Citroën, a full HD camera system located behind the rear view mirror that can automatically save video recordings in the event of an accident.

This car is a great all-rounder and fulfils the needs of anyone in the market for a reasonably priced medium-sized SUV.

WHEN the Seat Ateca arrived on the market it was the Spanish carmaker’s first ever venture into the ... [more]

THE antecedents of this week’s drive, the Citroën C5 Aircross go back into the mists of time when ... [more]