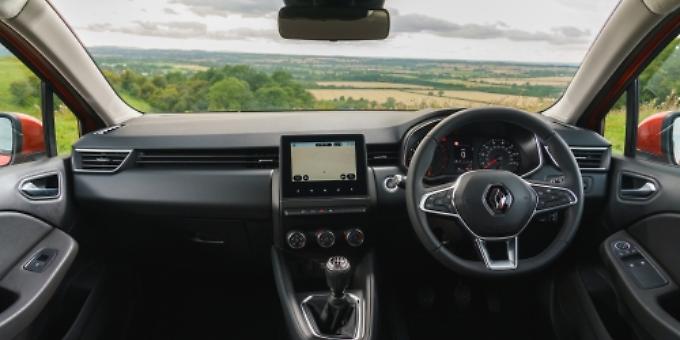 THE Renault Clio has proved itself the ultimate stayer in the hugely competitive world of modern superminis.

The Clio model I have been driving this week was aptly named the Iconic, for few cars attain the true status of iconic today.

But the antecedents are all there. The Clio has been with us forever, it seems. It was launched in 1990, and was in its fourth generation by 2012.

By 2020 there is a new generation Clio (the fifth) I have to say (as a former owner of a Clio myself) I have been mightily impressed with this version.

On all scores in my book — drivability, handling, quality of build, available new technology and ultimately durability itself, this all-new Clio scores highly indeed.

And, importantly of course, sales of new Clios go on and on. In fact, the Renault Clio is the best-selling French car ever. It doesn’t get much better than that when it comes to new car sales.

To date some 15 million Clios have been sold since it was launched and it has also become Renault’s best-selling model worldwide.

So the Clio is the French population’s favourite car. More than any other model it has risen to the top of the B segment in Europe since 2013. In a remarkable sales performance, Clio sales increased each year between 2012 and 2018.

So what’s new in the all-new Renault Clio and why does it go on improving year after year. Any commodity that is tried and tested over the decades gives its creators a chance to get it right. And Renault designers hit the jackpot with the Clio.

A key component of the car is the Smart Cockpit, the 9.3-inch multimedia screen is the largest ever on a Renault model. The vertical and curved tablet, inspired by one designed for the Renault Espace, is a huge bonus for the driver of a supermini as it helps improve screen visibility.

Turned towards the driver, the screen, with its new Easy Link connected system, comprises multimedia, navigation and infotainment features as well as Multi-Sense settings. They are easy to use.

For the first time, the all-new Clio is equipped with a digital screen replacing the traditional analogue display. The technology has been adopted directly from higher-end segments.

In fact there are two screens — the 9.3in and a 10in screen — no wonder the Clio has the largest screens in its category. The 10in version includes GPS navigation in the display.

The central console is also a key component of the Clio’s Smart Cockpit. Positioned higher for enhanced ergonomics, it houses a shorter gear lever. I liked its natural and comfortable grip. I have always found that Renault manual gear changing distinguishes itself from other cars.

The central console can be customised depending on the interior design scheme and features special lighting on its outer edge. The storage compartments built into the lower part of the console are designed to make life easier for passengers, including a wireless smartphone charging area.

Renault wanted to give the Clio a “true premium feel, with soft touch plastics, satin finish metal trim and new, more enveloping seats all helping push the car upmarket”. I think the French carmaker has succeeded with this ambition.

Renault claims this new Clio is the “most comfortable and refined version yet” and it would be difficult to argue with that statement.

The seats on the All-New Clio are generally seen in higher-end models. They provide better support through a longer seat base and a more enveloping shape.

Technology and safety, says the French carmaker, are also at the heart of the new Clio.

All versions get features such as Active Emergency Braking System with pedestrian detection, Lane Keep Assist and Lane Departure Warning, while an advanced Level Two autonomous driver aid is available in the form of the Traffic and Motorway Assist Pack.

You can see that care has been taken in the choice of materials, especially the dashboard. This contributes to the improvement in overall quality of the car. The seats are also more ergonomic and easier to use thanks to more accessible controls.

The seats on the All-New Clio are generally seen in higher-end models. They provide better support through a longer seat base and a more enveloping shape. Their semi-soft shell significantly improves knee space for rear passengers (always a contentious issue in smaller cars).

I also found its 999cc engine a revelation. I am a great fan of these smaller petrol engines that produce satisfactory power and are very economical (54.3 mpg for the Clio).

All in all, I think the French carmaker can be justly proud of producing such a stayer as the Clio. It doesn’t happen often in modern car production. The Renault Clio has proved to be the exception rather than the rule.

THIS week I have been driving a car that eclipsed the range anxiety associated with all-electric ... [more]

AS challenges to the British economy begin to bite, new car buyers might be setting their sights on ... [more]

THE Renault Clio has proved itself the ultimate stayer in the hugely competitive world of modern ... [more]