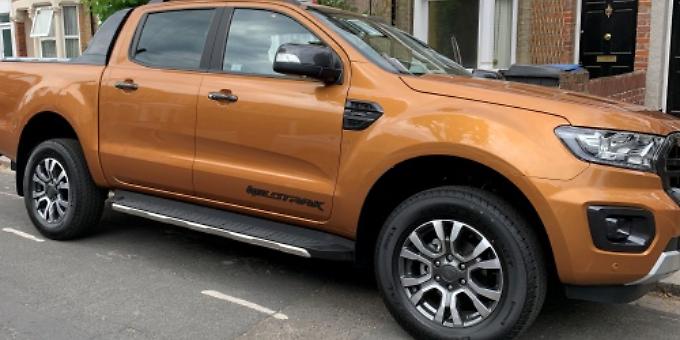 THE big beasts of the car jungle have been under attack in recent years on all fronts but mostly with regard to their source of power.

But then any owner of a vehicle with a large diesel or petrol engine should be able to see the writing on the wall. A ban on selling new petrol, diesel or hybrid cars here will be brought forward from 2040 to 2035 at the latest, under government plans.

Experts said 2040 would be too late if the UK wants to achieve its target of emitting virtually zero carbon by 2050.

Carmakers are already hurrying to adapt and change. They know that people will not stop wanting to buy large comfortable cars.

So they are working hard to change power sources to ones that are environmentally acceptable but most importantly, still appeal to new car buyers.

One of those big beasts that has been around for a long while but has changed direction towards being more eco-acceptable is the Ford Ranger.

The Ranger was introduced in 1983 as the first compact pickup truck produced by Ford. The Ranger pick-up of today — which came to Europe in mid-2019 — is as you might expect, totally equipped for 21st century driving.

Indeed, I was able to try the Ranger on a very modern journey from my home in the Cotswolds to the far eastern side of London.

This involved motorway driving — on the M4 and the M25 on the outward journey — and the stop/start style of driving in heavy traffic on the North Circular and M40 motorway on the return home.

During this trip on a variety of roads, the Ranger was exemplary. It was assured in performance and breezed along with a comfortable human load of four adults plus baggage.

I think that a lockable cover for the load space would be essential if you are contemplating ownership of a modern-day double cab pick-up.

The riding position is high and assertive and therefore your road presence inspires confidence.

At the core of this new look Ranger is a 2.0-litre EcoBlue diesel engine with selective catalytic reduction (SCR) for optimised emissions.

It delivers up to a nine per cent fuel-efficiency improvement when combined with an advanced new 10-speed automatic transmission.

The new Ranger engine line-up is led by a Bi-turbo version of the 2.0-litre EcoBlue engine, that delivers great torque (pulling power) for load-hauling capability.

The 2020 version then is almost too sophisticated simply to be referred to as a “pick-up” but that is where this handsome vehicle’s antecedents lie.

You can still use it purely as a workhorse and very efficient it is, too. The double cab, now favoured by most people who buy this type of vehicle more for leisure, somewhat restricts load space.

However, what load space remains is good for hauling any of the larger and more awkward loads you would not wish to carry by car.

Make no mistake this is the toughest of vehicles. It can wade through water up to 800mm deep. With 230mm of ground clearance the new Ranger can handle extreme terrains whether for work or leisure.

It introduces advanced connectivity features including the FordPass Connect on-board modem. This “turns the Ranger into a mobile Wi-Fi hotspot” with connectivity for up to 10 Wi-Fi enabled devices.

It also enables a range of features accessed via the FordPass mobile app including, Vehicle Status, allowing the driver to remotely monitor items such as oil level, tyre pressures and mileage before setting off.

There is Vehicle Locator, which helps drivers find their vehicle in busy car parks or unfamiliar work locations.

Remote lock/unlock, allows the driver to allow access for colleagues, or simply gives the driver peace of mind knowing that the vehicle is locked.

This can be operated using voice commands, or via pinch and swipe gestures on an 8in touchscreen and is compatible with Apple CarPlay and Android Auto.

Ford’s MyKey system which allows fleet managers to program the key to limit driver’s speed and radio volume, and to permanently switch on active safety features.