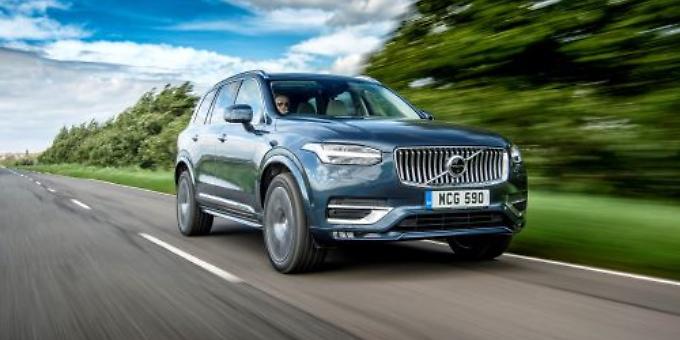 THERE is still something quite majestic about driving around in a large, luxurious car.

I suppose any driver if they were honest would enjoy such a treat. But big cars are an endangered species at present.

Large diesels and petrol-driven SUVs (sport utility vehicles) are probably the most endangered of all.

Yet carmakers are finding ingenious ways of ensuring that those of us who like driving larger vehicles will in future be able to do so in as environmentally friendly a way as possible.

The writing may be on the wall for cars that continue to choke the environment, and rightly so.

But carmakers such as Volvo are moving rapidly away from the internal combustion engine.

It is based on the best-selling XC40 small SUV, which was the first Volvo model to win the prestigious European Car of the Year award.

So you can see there are big changes coming from Volvo among others. Meanwhile, this week I have been driving the most sophisticated of large SUVs.

This system couples with Volvo’s existing internal combustion engines to create an integrated electrified powertrain, under its B badge.

The resulting electrified powertrain offers drivers up to 15 per cent fuel savings and emission reductions in “real world” driving terms.

The XC90 comes with a B5-badged mild-hybrid petrol or diesel variant, as well as a B6-badged petrol mild hybrid.

Once behind the wheel of the XC90 you soon come to realise that this car’s size is an important factor in its appeal.

More carmakers are offering buyers the choice of small, medium and large SUVs in their model range, to suit all tastes.

The XC90 is no exception and should appeal to those seeking size with great style. It is available with a range of different seating configurations, from the four-seat, luxury Excellence variant and the seven-seat family SUV to a new six-seat configuration.

As with all Volvo models — and it’s something I come back to again and again in this column — safety is paramount to the carmaker.

So the XC90 offers drivers help with steering on both the City Safety and the Blind Spot Information System. City Safety with Autobrake is still the only system on the market to recognise pedestrians, cyclists and large animals.

The Oncoming Lane Mitigation system first introduced on the XC60 is available on the XC90, while the Cross Traffic Alert technology now also offers autobrake.

All this, says Volvo, together with the safety cage that forms the core of the passive safety technology, makes the XC90 “one of the safest cars on the road” today.

This underlines Volvo’s commitment to developing the safest cars possible. Remember that Volvo made one of the boldest promises in the automotive industry: that no one driving a new Volvo should be killed or seriously injured by the year 2020.

While the XC90 was the first Volvo to offer Apple CarPlay integration, it is now also compatible with Android Auto.

The Sensus infotainment system has gone through multiple updates in recent years, all of which have been adopted into the XC90. Where available, the Spotify music streaming service is integrated in the XC90.

In an increasingly challenging world market for new cars, Volvo’s global sales continued to grow in September of this year, driven by sales increases in China and the United States.

As an indication of how things are shaping up on car sales, Volvo’s Recharge line-up of chargeable models, with a fully electric or plug-in hybrid powertrain, continued to be popular among customers.

The share of Recharge models more than doubled in the first nine months of the year compared with the same period last year.

The XC90 is all about space, when you have it in abundance, and how to use it best.

Whatever its power source, far from being a car whose size could be seen to threaten its future, the XC90 looks and drives like a car that is here to stay.

• Drive-E powertrains, including petrol and diesel