Upgraded model takes leaf out of its own book 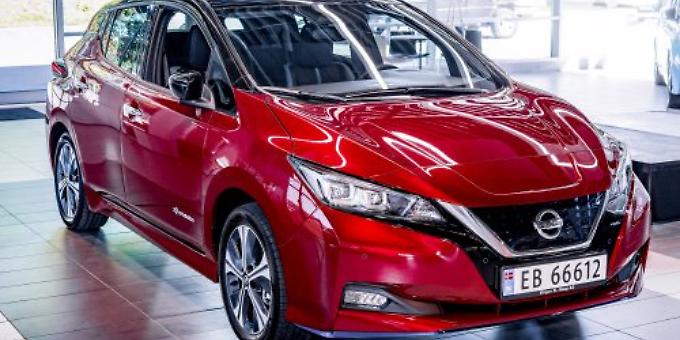 YOU may not have noticed but one day recently was singularly significant to the future of global car production.

And World EV Day — a celebration of electric vehicles — had a special significance for one important carmaker in Britain.

Nissan in Sunderland marked the occasion by producing its 500,000th Leaf, the first mass-market electric car nearly a decade after the model first went on sale.

This week’s drive, a 2020 Nissan Leaf, shows that the model is constantly evolving and by that I really mean getting better with each new model improvement.

When I drove the Leaf a few years ago I wrote that I had been using the car in a way that showed “electric vehicles at their best — locally”.

I have not really changed my view because I still think that electric vehicles are at their best when driven on local commutes or shopping trips.

Sure, the “range anxiety” that has existed with regard to EVs has been assuaged to a degree.

However, I still believe that a long journey in an EV driving “normally” (up to a constant 70mph on motorways, for instance) can present problems with regard to range, especially if you have to make an hours-long journey to your destination.

With regard to improvements to the Leaf, well back in 2016 I drove one with a 30kWh electric motor. It had “25 per cent more range than its predecessor, providing up to 155 miles of driving range on a single charge”.

Well, that range on the car I have been driving this week has greatly improved to 239 miles on the combined cycle and 319 miles on the city cycle. The electric motor was now a 62kWh.

And whereas once upon a time one might have had to forego “extras” such as air con and electric seats on an EV, the Leaf comes loaded with these and much more.

It has been consistently styled as a “normal” car and this latest version is no exception. It had, for example, stylish 17in alloy wheels, full LED headlights with auto-levelling and LED fog lights was smartly turned out in Magnetic Red with a two-tone Pearl and a black roof.

You cannot argue with how “clean” this car is compared with conventional petrol and diesel powered cars.

Nissan says, “with more than 14.8 billion clean-air kilometres driven since 2010, Leaf owners around the world have helped prevent more than 2.4 billion kilograms of CO2 emissions”.

The Leaf now has advanced technologies including ProPILOT — a “hands-on, eyes-on” system that allows the car to stop, restart and stay centered in its lane — and e-Pedal technology for “one-pedal” driving. Put your foot on the accelerator (or e-Pedal) and the car will accelerate. When you lift your foot off the throttle, the car slows down courtesy of the electric motor’s regenerative braking system.

Nissan has just announced the start of production for the MY20 Leaf range, which includes a new entry-grade 62kWh model and lower pricing for the range-topping Tekna e+.

With production starting from November 16, specification enhancements to both 40kWh and 62kWh versions include the introduction of an Intelligent Rearview Mirror on Tekna models, shark fin antenna as standard from N-Connecta, Blindspot Intervention on all grades, and the addition of telescopic adjustment on the steering wheel.

The introduction of the e+
N-Connecta to the Leaf range also creates a new entry-grade for 62kWh battery capacity models. Leaf e+ N-Connecta versions start from £32,695 OTR, including £3,000 Government Grant.

At this rate of development and improvement, the Nissan Leaf promises that the best is yet to come from the Japanese carmaker, making EVs even more accessible to more people.

BMW UK and British Vogue have partnered to launch a scholarship programme. This comprises a ... [more]

No hassle hybrid took me to my happy place

IF you have driven or owned a Toyota Yaris of old then you will be convinced of this small car’s ... [more]

Upgraded model takes leaf out of its own book

YOU may not have noticed but one day recently was singularly significant to the future of global ... [more]