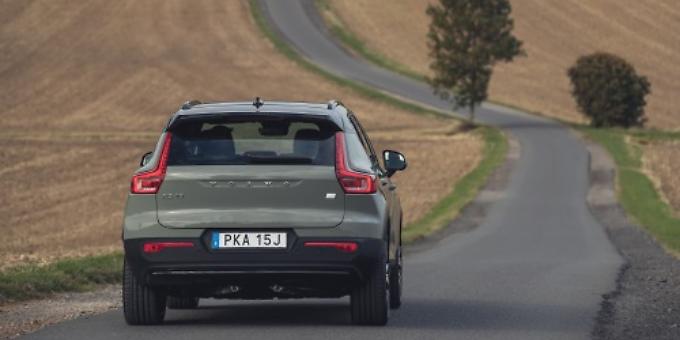 ANY motorist who believes he or she could not entertain the thought of buying an electric car should think again.

In all corners of the global car industry, carmakers are busying themselves developing a whole string of new and more efficient electric vehicles (EVs).

As you might expect, the Swedish carmaker Volvo is a frontrunner in the race to produce new EVs for a new era of motoring.

Volvo is forging ahead with EVs on the back of its best ever second-half profit and sales volumes in 2020.

It says it is committed to becoming a “premium electric car company” and in the coming years will launch several fully electric cars.

By 2025, it aims for its global sales to consist of 50 per cent fully electric cars with the rest being hybrids.

To this end, Volvo is tripling its electric car manufacturing capacity at its plant in Ghent, Belgium, as it prepares to meet fast-growing demand for its Recharge line-up of chargeable cars.

The plant already builds the XC40 Recharge, the company’s first fully electric car, as well as plug-in hybrid versions of the XC40.

The Volvo XC40 Recharge P8 is Volvo’s first ever fully electric car. It is based on the carmaker’s XC40 small SUV, which was the first Volvo model to win the prestigious European Car of the Year award.

Like the XC40, the XC40 Recharge P8 is based on the Compact Modular Architecture (CMA), an advanced vehicle platform.

The XC40 Recharge P8 has large and cleverly designed storage compartments in the doors, under the seats and in the load space.

Not having an internal combustion engine means that the car provides drivers with even more storage space, via a so-called “frunk” storage space located under the front bonnet.

This offers customers great personalisation, improved levels of intuitiveness and new embedded technology and services, such as the Google Assistant, Google Maps and the Google Play Store. It is also the first Volvo that receives larger software and operating system updates over the air.

So the XC40 Recharge P8 will keep evolving and improving over time, rather than being at its peak when it leaves the factory.

The car comes with a state-of-the-art, fully electric all-wheel-drive powertrain that offers a range of more than 400km (about 250 miles) on a single charge under the WLTP drive cycle and output of 408hp. The battery charges to 80 per cent of its capacity in 40 minutes on a fast-charger system.

Volvo engineers had to completely redesign and reinforce the frontal structure of the XC40 Recharge P8 to deal with the absence of an engine, to help keep occupants safe.

The battery is protected by a safety cage, which has been embedded in the middle of the car’s body structure, creating a built-in crumple zone around it. The battery’s placement in the floor of the car also has the benefit of lowering the vehicle’s centre of gravity, for better protection against roll-overs.

At the rear, the electric powertrain has been integrated in the body structure to realise a better distribution of collision forces away from the cabin.

The XC40 Recharge P8 is also the first Volvo model to be equipped with a new, scalable Advanced Driver Assistance Systems (ADAS) sensor platform with software developed by Zenuity, the joint venture firm owned by Volvo Cars and Veoneer.

The Ghent factory is currently preparing to take a second fully electric Volvo model, based on the CMA modular vehicle architecture, into production later this year.

He said: “Our future is electric and customers clearly like what they see from our Recharge cars. As we continue to electrify our line-up and boost our electric production capacity, Ghent is a real trailblazer for our global manufacturing network.”

The carmaker plans to establish complete in-house
e-motor production by the middle of the decade.