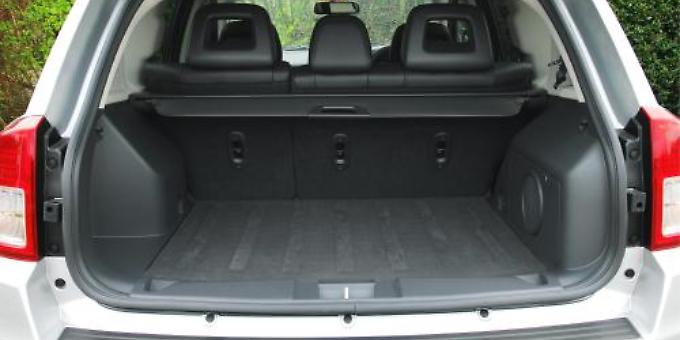 IF you live in the South Korean capital, Seoul, the chances are you are already up to speed with all that’s new in the digital world.

“Automation and AI will change South Korea faster than other countries,” Lee Jae-kap, the minister of employment and labour has said.

Indeed, if you drive a car produced by a South Korean carmaker, the technology is sure to be the latest.

But elsewhere in the world, carmakers might be starting to play catch-up with their South Korean counterparts.

This week I have been driving a Jeep Compass, the latest evocation of a model and brand that is as American as they come.

Jeep has been part of Chrysler since 1987 and is one of the “big three” carmakers in the US — the others being Ford and General Motors.

The Jeep Compass, described as a compact crossover SUV (sport utility vehicle) is relatively new as it goes back to 2007. Its big brother, the Grand Cherokee, began production in 1992.

Now Jeeps have proved hugely popular, and still are — especially in the US. Jeep sold 1.4 million SUVs globally in 2016, two-thirds of which were in North America.

In the US alone, more than 2,400 dealerships hold franchise rights to sell Jeep-branded vehicles.

So this brand, and the Jeep Compass, might be seen as being a world away from the high-tech South Korean-derived SUVs I have been driving of late.

The new technology is here on the Jeep Compass — in the test car it came as a so-called “technology pack” option — but somehow there are still other Jeep-embedded features of this car that take priority.

The Compass tries to compromise, I think, on the familiar muscular build and commanding stance of Jeeps passim that have proved to be outright winners with American motorists.

Yet a familiar powerful engine is not there — the powerplant on the Compass was a 1.4-litre petrol engine producing 140hp.

This engine, though no doubt economical in Jeep terms, proved to be sluggish at times unless you used a certain dexterity with the manual gearbox to promote power and performance.

Even then, there were some issues of stalling in town. On motorways, a transfer of power capable of satisfactorily shifting the car up a long gradual climb was an issue.

The Jeep Compass Night Eagle I have been driving adds to the standard equipment on the Longitude trim — gloss black grille, fog lights and window surround — while the “Jeep” and “4x4” badges pick up the carmaker’s marketing “dark side” theme to complete the look.

There are 18in gloss black and aluminium alloy wheels and a dedicated Night Eagle badge.

The Uconnect 8.4in touchscreen and navigation with 3-D graphic, Apple Car Play and Android Auto allows drivers to stay connected.

The system allows the driver to control onboard features, including climate and audio, directly through the Uconnect display.

Functions of the new Uconnect system include hands-free calling, navigation and text-to-talk features.

The graphics displayed on the screen are clear but the display is over-busy and needs streamlining and simplifying to make it easier for the driver to operate.

But I do understand that despite the Jeep Compass needing some rethinking and refining, the brand’s appeal overall is what it has always been for a tough, uncompromising vehicle that will go anywhere.

To this end, the Jeep Compass is more akin to a family-oriented car and might not be completely to the taste of traditional Jeep fans.

The Jeep Compass Night Eagle is available with a choice of two diesel and one petrol powerplant.