SUV’s more car for your money 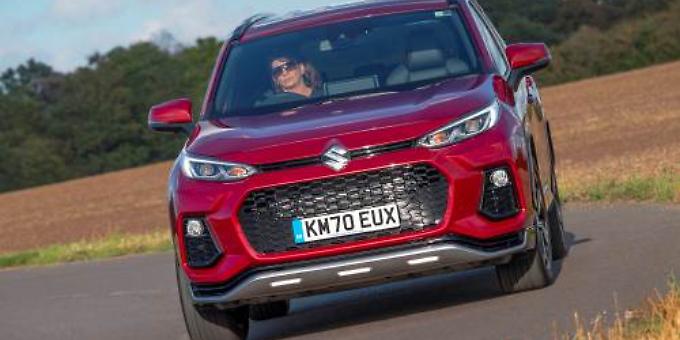 THERE’S something to be said for people working together to achieve a common goal and this could easily apply to carmakers.

Mighty Toyota, the world’s largest carmaker, has worked together with Suzuki, the 10th largest, to produce this week’s drive, the Suzuki Across, a deceptively tough and sophisticated SUV (sport utility vehicle).

The Across, Suzuki’s first plug-in hybrid vehicle, is obviously a departure from the higher-revving, smaller cars that Suzuki is known for.

And I have to say, after driving the Across and the Suzuki Swace — also a collaboration with Toyota — I think carmakers working together can only benefit all parties, especially the car-buying public.

The idea here with the Across was to produce one very high specification model kitted out with niceties that include an
E-Four electronic 4x4 system, leather seats, heated front and rear seats and heated steering wheel.

Indeed, the first impression you get when you get behind the wheel of the Across is that it feels as if it has everything going for it.

And this indeed proves to be the case. The Across is a very modern motor car with all the attributes you might hope for from a car produced in 2021.

There might be a certain dislocation of involvement for the driver — because everything is on tap for him or her — and yet isn’t this what future cars will anyway be all about?

All-electric cars, self-driving or autonomous vehicles — this is what the not-so-distant future holds for motorists across the globe.

So the multi-efficient Across might be forgiven for being less engaging for the driver than someone of my generation might hope for.

However, I am still learning — it’s never too late — to accept that the good old days of throaty V8 engines are long gone and have been replaced by super efficiency, practicality and, dare I say it, autonomy. But I have not enjoyed my time with the Across. The joy of a car like this is that it constantly resonates that super-efficiency, so enabling you to go about your everyday life in seamless contentment.

Which is where Toyota’s input comes in and you cannot really argue with one of the world’s most successful carmakers. Make no mistake about it, the Across is a finely engineered and well-made car.

To that end you might like to know that on certain fronts — CO2 emissions, EV range and company car monthly benefit-in-kind (BIK) liability (40 per cent rate) — the Across outshines its nearest competitors.

At £45,599 the Across is just about on a par price-wise with those same competitors, but in this SUV you do get a lot of car for your money.

I found the exterior design aesthetically pleasing, in as much as its styling matched its all-encompassing practicality.

It was comfortable and easy to drive because, again deceptively so, the power is there when you need it.

At the core of the plug-in hybrid system is a powerful front electric motor that delivers great torque at low speeds and combines with a powerful 2.5-litre petrol engine for rapid acceleration at higher speeds.

So the E-Four electronic 4x4 system in the Across provides drivers with genuine 4x4 performance as well as maintaining good fuel efficiency.

Trail Mode (yes, you really can go off-road in the Across) is an automatic limited slip differential conrol feature that ensures the best possible grip and control on slippery surfaces.

The system works by applying the brakes to the wheels that begin to lose grip and redirects torque to wheels that maintain grip. The feature also adjusts the throttle and transmission shift pattern to keep the vehicle moving.

DRCC (Dynamic Radar Cruise Control) works at all speeds and automatically maintains distance between you and the vehicle ahead.

This feature includes stopping your Across when the preceding vehicle comes to a halt and then following it when it restarts.

Cabin space is striking, especially in the rear of the car. But Suzuki says there has been no compromise in luggage space.

The large 490-litre luggage compartment provides plenty of room for luggage or a range of other uses.

For added versatility, the right-hand side of the luggage compartment is equipped with a mains voltage (220V) electrical outlet and 12V accessory socket.

The Across also has plenty of storage spaces including driver’s and passenger’s side trays, centre tray, cup-holders and a console box.

Further features include LED headlamps with a bi-beam projector (combining low and high beams) and an LED DRL.

Premium 19in alloy wheels are fitted as standard with black gloss coating and polished face.

As I said at the beginning of this review, the Across is a good example of carmakers working together to produce a worthwhile all-rounder.