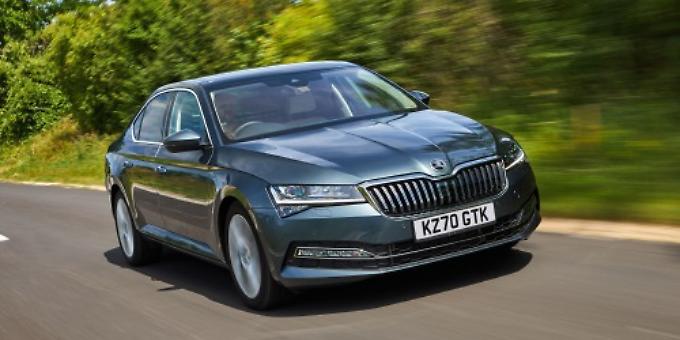 NOT being a golfer myself, though admittedly an avid TV fan of the majors, I have never engaged in any debate about the size of a car boot.

Amateur golfers I have known, though, always seemed to be arguing over the size of various car boots and whether one was better than another for stowing their precious clubs.

Maybe those days are long gone, as this debate largely centred on old-style saloon cars with boots.

The advent of people carriers and SUVs (sport utility vehicles) may have changed the dynamic and perhaps this is not something golfers discuss these days.

This week’s drive, the Škoda Superb Hatch, had a boot so large that my photographer colleague was able to climb in and curl up.

Actually, of course, the Superb I was driving was classed as a hatchback and the “boot” today is also referred to as “load space”.

Škoda say: “In terms of space, the new Superb has the largest boot in the automotive mid-class and eclipses the previous model by 30 litres with the seats up. Folding the seats down by pulling a lever in the boot increases the load space to 1,760 litres.” Whichever way you look at it, that is a lot of room to play with if you own a 2021 Škoda Superb.

Usually with a saloon or hatch, I place my belongings before any trip on the rear seat.

However, the Superb had such ease of access to the boot, via an electronically operated tailgate opened at the touch of a button on the key fob, that I found myself using the boot every trip.

There are also handy storage compartments within the boot itself for securing additional items.

While we are on the subject of interior space, I would describe legroom in the rear of the Superb Hatch as luxurious. There was plenty of room for rear seat passengers to stretch their legs and enjoy as comfortable a ride as those in the front seats. When writing about cars over the years I often felt that some carmakers, but not all, neglected to think of occupants of a car other than the driver. And yet their comfort and safety is equally as important as that of the driver.

The other standout feature of this car was the engine. I have for a long time enthused about Škoda engines. The 1.5 TSI 150PS petrol engine in the Superb test car was no exception.

I can only say that fuel consumption was very satisfactory. On the spec sheet it was given as “combined mpg: 43.5 – 37.7mpg”.

It certainly felt as if I was getting even better mpg than that. But the ingenious part is the engine itself.

The entry-level petrol engine in the car I was driving featured active cylinder technology (ACT) that allowed at certain revs for the second and third cylinder in the engine to temporarily shut down.

When I did apply pressure on the accelerator (especially in Sport mode, when the car performed better) the Superb responded well. I especially enjoyed driving it with the seven-speed DSG (direct shift gearbox) automatic transmission.

There are six engine options available on the Superb with outputs of 120PS, to 272PS, plus the DSG and 4x4 options.

The test car was the SE L trim, which demonstrated an interior luxury that you would usually only find in more expensive models.

The updated Superb introduces LED spotlights that projects Škoda on to the ground when the doors are opened (part of the optional ambient lighting system).

Completing the design update are 18in and 19in alloy wheels, along with two new body colours: Crystal Black and Race Blue.

Full Matrix LED headlights are available for the first time in a Škoda production model.

With the advent of SUVs, 4x4s, people movers and the like, the faithful boot may have been neglected.

But in this Škoda Superb Hatch I found both the boot and the engine standout and satisfying features.