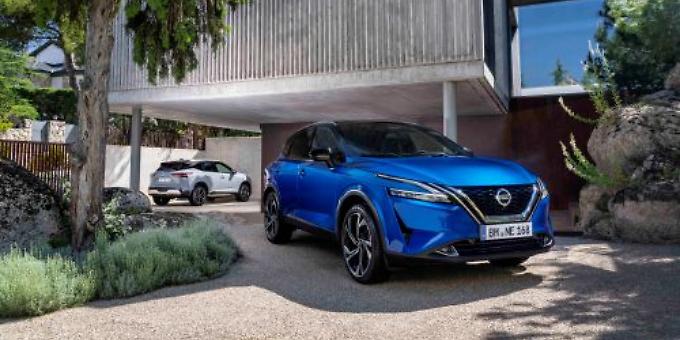 NISSAN’S announcement last week of a £1 billion upgrade of its Sunderland plant was very good news for the North East of England and for the British car industry in general.

An all electric-model will be produced there as part of a £423 million investment, as well as electrified versions of the Qashqai and Juke models.

Not only will this provide thousands more jobs in the area, it means the Sunderland plant will play a major role in the Japanese carmaker’s EV (electric vehicle) campaign in Europe.

Spearheading that drive in earnest to market electric cars from 2022, is the Nissan Qashqai, first launched in Europe in 2007 and produced in Sunderland alongside the Juke, Infiniti Q30 and all-electric Nissan Leaf.

The car plant at Sunderland is no stranger to an all-electric future in car production, having produced lithium-ion batteries for electric vehicles since as far back as 2012.

The first-generation Nissan Qashqai became identified as a leading model in the then emerging crossover segment.

A crossover is a car that blends the practicality of a hatchback with SUV (sport utility vehicle) styling, with increased ride height, better visibility and ease of access.

The Qashqai has gone from a reputation for having an odd name that some motorists found resistible, to a car that has become immensely popular and successful.

And the Qashqai, in my experience over the years, has always been a “good car”.

A few years ago I wrote that I have driven numerous variants of the Qashqai, noting that it is an
all-rounder to appreciate in a marketplace where often cars fail to fulfil the owner’s full wish list.

I went on to say that the car had great pace on the motorway, was comfortable and had a comprehensive list of standard equipment as long as your arm.

Next year, the Qashqai’s powertrain line-up will be expanded with the addition of Nissan’s
e-Power system. This comprises a high-output battery and powertrain integrated with a category-leading variable compression ratio 154hp turbocharged petrol engine, power generator, inverter and 140kW electric motor of similar size and power output as found in Nissan’s electric vehicles.

This “unique” solution, says Nissan, combines the seamless linear acceleration characteristic of an EV, but without the need for charging.

Meanwhile, this year’s all-new Qashqai is powered by a 1.3-litre petrol engine, equipped with mild hybrid technology, which optimises the car’s efficiency.

The 1.3 engine offers two power outputs — 138hp and 156hp — with either a six-speed manual transmission or new Xtronic automatic gearbox (156hp only).

I have not yet driven the all-new Qashqai but hope to test one soon and report back to you on how this new generation sits in terms of the model’s so far exemplary history.

The new Qashqai is equipped with the next generation of ProPILOT driver assistance, bringing greater driver support in a wider array of circumstances.

Called ProPILOT with Navi-link, the system has been designed to reduce fatigue and stress when driving, while being intuitive to use.

As well as upgraded driver assistance technologies, all occupants have increased cabin and load space, the elevated ambience of the interior, epitomised by the inclusion of massage seats, driver head-up display, an advanced touch screen and configurable TFT digital “combimeter” for the driver.

Arnaud Charpentier of Nissan Automotive Europe said: “The new Qashqai represents the best of Nissan: outstanding design, innovative but intuitive technology, an efficient and electrified drive — as well as agile and enjoyable.”

Customer orders for the all-new Qashqai have already exceeded 10,000 in Europe.

Meanwhile, Real Madrid and Belgium footballer Eden Hazard was impressed by the acceleration, handling and power of the Leaf and became an EV owner.