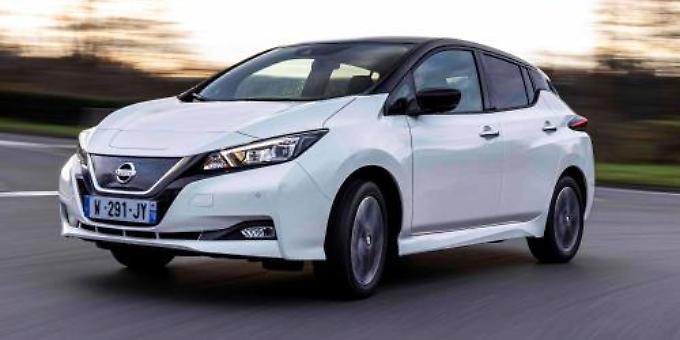 WHEN modern electric vehicles (EVs) first appeared on British roads, one concern was that they might be seen but not heard.

Now Nissan has announced in Paris that its all-electric Leaf cars for the model year 2021 will be equipped with a new safety feature that simulates the sound of a car approaching.

A new Acoustic Vehicle Alerting System (AVAS) that Nissan is calling Canto has been designed to transmit artificially simulated driving sounds, alerting road users of the presence of an EV.

Nissan previously incorporated a form of alerting sound in the first generation Leaf to make road users aware of an approaching electric car.

Canto, which has been created by sound designers and engineers at Nissan Japan, is much more sophisticated.

It has been composed to ensure it varies in tone and pitch depending on whether the vehicle is accelerating, decelerating, or reversing.

Automatically activated when travelling at speeds of up to 18mph, Canto says Nissan is clearly audible, without alarming pedestrians or nearby residents.

To create Canto engineers considered the way humans hear and process sound waves, to ensure it would be clearly audible in cities and streets.

Paul Speed-Andrews, noise and vibration development manager at Nissan Europe, said: “After engineering the Canto sound, we installed it in a Leaf to enable us to carry out both evaluations to match the expectations of the European customer.”

Vice president for product planning in Europe, Marco Fioravanti, added: “Customer safety is paramount, not only for those behind the wheel but those surrounding the car as well.

“As the world becomes more and more electrified, this sound will soon become part of the soundscape of our roads as Nissan’s signature EV sound moves us closer to our goal of a zero-fatality driving experience.”

The Leaf now has advanced technologies including ProPILOT — a “hands-on, eyes-on” system that allows the car to stop, restart and stay centered in its lane — and e-Pedal technology for “one-pedal” driving.

Put your foot on the accelerator (or e-Pedal) and the car will accelerate. When you lift your foot off the throttle, the car slows down courtesy of the electric motor’s regenerative braking system.

The Remote Climate Control functionality lets users pre-set air conditioning or heating while their Leaf is still plugged to the charging point, whilst information and analysis on trips and driving style can also be accessed from a smartphone.

The new Leaf also offers a number of different design options, with a total of 10 body colours and seven two-tone body and roof colour combinations.

You can change your driving mood by flicking a switch to Exciting Drive, which gives you 150PS of power-packed performance with instant torque from the Leaf’s 40kWh battery.

The Leaf e+ adds even more performance with 217PS and 340Nm of torque.

Then there is Urban Drive, where in eco mode you can get up to 168 miles’ range, which goes up to 239 miles for the Leaf e+.

The Leaf is proving to be a respectable secondhand car buy and was named Best Used Electric Car in the inaugural Electrifying.com Awards 2021.

There is no doubt — as with EVs in general — that the Leaf is here to stay for the foreseeable future.

In celebration of World EV Day, Nissan marked the production of the 500,000th Leaf — the world’s first mass-market 100 per cent electric car.

The milestone was achieved at Nissan’s plant in Sunderland, almost a decade after the model first went on sale.

The plant has built more than 175,000 Leaf electric cars since it began producing the model in 2013.