Nissan isn't resting on its laurels with the Leaf 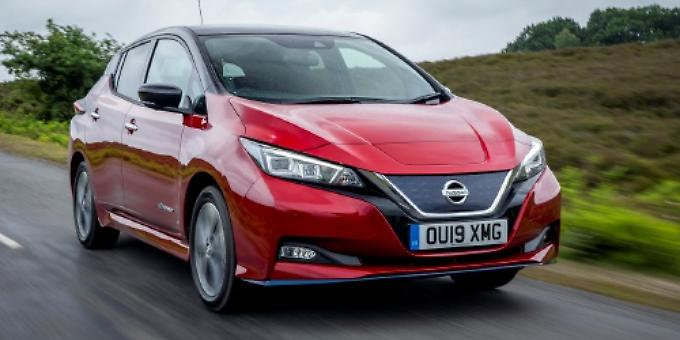 WITH the manufacture of electric vehicles hotting up around the world, Nissan could be forgiven for thinking, well, at least we have been here before.

Actually, Nissan has been at the forefront of the EV revolution for just over a decade — with this week’s drive, the ubiquitous LEAF, aka the Leading Environmentally-friendly Affordable Family car, way out in front of its competitors.

As always, I think I will stick with the lower-case acronym. The car’s name might appear a tad dated today in 2021, but there is nothing “dated” about the car itself.

It continues to thrive and develop and has even consolidated an enthusiastic and presumably profitable niche in the used car market. (The new car price for the Leaf starts at £25,995.)

In fact the second-generation Leaf was named the best used electric family car at the What Car? 2021 awards and received a similar accolade at the 2022 Carbuyer Car of the Year awards.

As I say, Nissan has not rested on its laurels with the Leaf. This year Nissan enhanced the Leaf’s advanced technologies and design with an all-new special version.

A special anniversary Leaf 10 commemorated a successful decade of electric mobility. The carmaker says this was achieved while drawing inspiration from the Ariya, Nissan’s 100 per cent electric coupé crossover.

The special 10 version was launched in February of this year with a new body colour, exterior detailing and connected technologies.

Helen Perry, Nissan Europe’s chief marketing manager, said: “Since the Leaf launched in 2010, Nissan has continued to evolve its EV technology, connected services and design to ensure it delivers on the demands and lifestyles of owners. Our iconic model has attracted over 180,000 motorists across Europe.

“We hope that with its enhanced styling features and latest technologies such as In-Car Wi-Fi and its remote functions including lock and unlock capabilities to receive packages, the Leaf can continue to excite those who are just starting their EV journey.”

The upshot is that with the new Leaf you should not feel any of the dreaded “range anxiety” that plagued early EVs.

The second generation Leaf arrived in early 2018, and now offers two battery capacities — 40kWh and 62kWh — giving drivers a choice of range and performance specifications. Recently, Nissan confirmed it had passed 250,000 EV sales across Europe, with the Leaf responsible for more than 200,000 of these.

The model’s features include ProPILOT, Nissan’s advanced driving assistance system, and e-Pedal, for an even more enhanced driving experience.

There is also Intelligent Power that gives you up to 239 miles of electric range with three driving modes.

And there is Intelligent Integration with your smartphone so that your journeys fit in the palm of your hand.

With 146 HP of electric power, plus e-Pedal and ProPILOT technologies for safer, easier driving, the Leaf is probably best for everyday commutes and trips around town. With its larger, power-enhanced battery and a high-power all-electric motor, the Nissan LEAF e+ offers a range of 239 miles for the longer commute.

Of course, there are certain provisos with owning an EV. Basically, your driving style has to change. The bottom line is that it is better to drive more slowly overall because of course you use less of the battery’s energy. Nissan says the best way is to keep your driving smooth and steady.

We used to say that any car model that had been around a while was a sign of its durability and good value for money.

This is definitely the case with the Leaf which has proved throughout its decade-long existence that it is more than capable of staying the course.

SOARING fuel costs have led the RAC to call on retailers to play fair with drivers and cut the ... [more]

Nissan isn't resting on its laurels with the Leaf

WITH the manufacture of electric vehicles hotting up around the world, Nissan could be forgiven for ... [more]

THE average cost of car insurance has fallen by almost £100 to its lowest level in seven years, ... [more]

Full-Time professional driver required must be well presented, with a clean full license for both automatic and manual ...

We have an exciting opportunity for an Assistant Shop Manager to join our busy team based in Henley on a part-time, ...