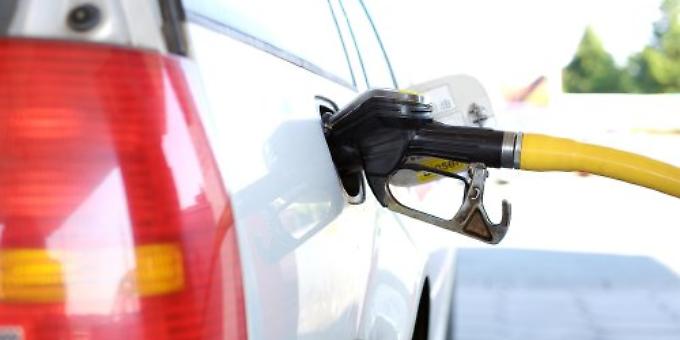 SOARING fuel costs have led the RAC to call on retailers to play fair with drivers and cut the price of a litre of petrol by 6p.

Average pump prices for petrol are up 3p per litre since the start of November, reaching 147.27p despite a recent reduction in wholesale costs.

Diesel now costs an average of 150.66p per litre, which the RAC thinks should come down by 4p.

The motoring organisation says that in the case of petrol, the failure to pass on savings is costing drivers an extra £3.50 on average every time they fill up a typical 55-litre family car.

Average fuel prices have continued to rise since last month, when they surpassed the record highs previously set in April 2012.

RAC fuel spokesman Simon Williams said: “In the last few days the wholesale price of petrol has fallen steeply, which means the biggest retailers are in a great position to cut prices and ease the burden being felt by drivers throughout the UK who are paying £80 for a full 55-litre tank.

“As the big four supermarkets are responsible for selling 45 per cent of all the country’s fuel, they are constantly buying new supply so they’re able to pass on the savings to customers straight away — unlike smaller retailers who tend only to buy in fuel once a fortnight.”

“The longer they hold off doing the right thing, the more money they make on every litre they sell and the worse off drivers are.

“Unfortunately, during covid we’ve seen retailers increase their margins by 2p a litre from the norm of 5p to 7p. However, the recent downward wholesale movement means they’re now taking averaging more than 10p a litre.

“This seems very harsh on drivers considering how many are struggling financially because of the inflated cost of filling up.

“RAC Fuel Watch research has found that 46 per cent of drivers will be forced to cut other household spending as a result of petrol and diesel prices continuing to rise beyond their current record high levels.

“Unfortunately, the biggest retailers appear to have failed the transparency test as they are continuing to move prices up when they should now be doing the opposite just because there’s public acceptance that energy prices are rising.

“This isn’t acceptable but sadly consumers have no power to object. It’s also the case that no one is watching fuel prices as closely as the RAC, which is why we’re highlighting the issue.”

In response to the rising cost of petrol and diesel, motoring expert Nick Zapolski, the founder of ChooseMyCar.com, has offered drivers a number of simple tips on how to save fuel.

He said: “The price of fuel is getting scary. Our research report showed 69 per cent of UK drivers believe the Government should be dropping VAT rates to stabilise recent price hikes. My single biggest tip is to shop around and plan your journey as you can easily save 5p a litre by avoiding costly motorway service stations. Also, avoid accelerating like you’re Lewis Hamilton and stick to the speed limit on faster roads.”

Mr Zapolski’s other fuel-saving tips were as follows:

1. Think about your driving habits. It’s not a surprise that driving faster uses more fuel. Motoring along at 70mph will use up to 30 per cent more fuel than you would driving at 50mph. But more than speed, it’s about finding the right “biting point” that perfects speed and fuel efficiency. Driving everywhere at 30mph isn’t the best way to save fuel, so don’t think speed is the be all and end all.

2. Check your tyres. Ultimately, the smoother you drive your car, the more fuel you save. The same can be said for the smoother your car runs within itself and one of the most important factors in this is your car’s tyre pressure. In your user manual, you’ll find all the information you need for what pressure each tyre needs to be at. Check regularly that they are correct, monthly should suffice, but you may need to more often depending on how many miles you cover in a week.

3. Remove roof boxes and bike racks. These are two of the heaviest items on your car that you can easily remove. They’re not used on every journey, so make sure you don’t carry them unnecessarily. The same goes for other items often found lurking in people’s cars, including shoes and jackets, books and rubbish. Believe it or not, all those old lunch boxes add up, so when you clear out your car ask yourself “Do I need this to be in my car right now?” If the answer is no, find a new home for it and save yourself some fuel.

4. Use less air conditioning. This one may come as a surprise, but your air conditioning uses fuel. In some cases, excessive air conditioning can increase your fuel consumption by 10 per cent, so per £60 tank it would be costing you £6 to have cold air instead of opening the window or removing your coat. Obviously, at this time of year it’s less of a problem, but in winter you can save fuel by not running the engine to heat your car before leaving home.

5. Turning off your engine can help. We know what you’re thinking: nobody is sitting around with their engine on for no reason. But you’d be surprised: sitting in traffic, waiting for a friend to come out and get in the car, listening to that final song on your driveway before going inside. These are all big ways to waste fuel, so try to avoid them. Some cars have a “city mode” on them that will automatically switch the engine off when you’re at a standstill, so it’s worth considering making sure you have this feature when you next upgrade.

• Nigel Wigmore is away.