Mercedes-Benz GLC is packed with technology 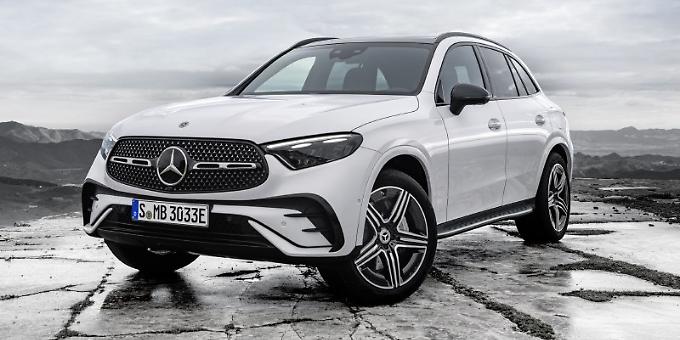 WHETHER your car is small or large, the SUV (sport utility vehicle) design dominates trends among carmakers worldwide.

The new Mercedes-Benz GLC, says its maker is its “most dynamic” model yet in its SUV “family”.

The new GLC sets the scene for cars emerging from the German carmaker’s production line.

A major reason for this is that the new GLC is available only as a hybrid: that is, either as a plug-in hybrid or as a mild hybrid.

And the GLC offers something I have not yet experienced and that is purely electric off-road driving.

The GLC, says Mercedes-Benz is at home on any terrain, either on or off-road, and new rear axle steering makes it more manoeuvrable and safe.

The GLC is the best-selling Mercedes-Benz model in the last two years and has been bought by 2.6 million customers.

And the car is packed with technology. The latest generation of MBUX (Mercedes-Benz User Experience) infotainment system makes it more digital and intelligent.

Mercedes-Benz says that in this car both the hardware and software have made a “major leap forward”.

There are brilliant images in the driver and central display for ease of control and to operate comfort functions.

MBUX Augmented Reality for navigation is available as an option. A camera registers the surroundings in front of the vehicle.

These include traffic signs, directional arrows, lane-change recommendations and house numbers. This can make navigation easier, especially in urban areas.

The "Hey Mercedes" voice assistant is based on state-of-the-art algorithms and adapts itself to the wishes and preferences of the user. Music streaming providers can be integrated into MBUX.

Jörg Bartels, Head of Overall Vehicle Integration, said: "The new GLC comes with all the attributes that make a Mercedes-Benz SUV what it is: uncompromising handling safety on the road, outstanding driving dynamics and superior performance when off-road. With its high level of ride comfort and convincing overall acoustics, the GLC is a superb long-distance companion and great fun to drive."

The dashboard is clearly structured: the upper section has a wing-like profile with new, flattened round nozzles reminiscent of the engine nacelles of an aircraft. The lower section has a generous trim area that flows harmoniously into the curved centre console.

The 12.3in (31.2 cm) high-resolution LCD screen in front of the driver appears to float freely before the wing profile and trim area.

The 11.9in (30.2 cm) central display rises seamlessly and without joints from the centre console, and likewise appears to float above the trim area. Like the dashboard, the screen surface is slightly angled towards the driver.

The GLC has the EASY-PACK tailgate as standard. This opens or closes at the touch of a button, using the button on the ignition key, the switch in the driver’s door or the unlocking handle on the tailgate.

The new GLC is available either as a plug-in hybrid or as a mild hybrid with 48-volt technology and an integrated starter-generator.

Four engines in the range are mild-hybrid units, which receive intelligent support in the low-rev range from a second-generation integrated starter-generator (ISG).

Three further engine variants are full hybrid units with additional electric power of 100kW and an electric range of more than 100 kilometres.

In addition, the engines start very quickly and comfortably with the help of the ISG, so that the start-stop function is almost imperceptible to the driver, as is the transition from “gliding” with the engine stationary to powerful propulsion with engine power. When idling, the intelligent interaction between the ISG and the combustion engine ensures smooth running.

The GLC has also been given the fourth-generation plug-in hybrid drive. Using the identical basic engines, electrification, says the German carmaker, “has taken another big step”.

With an electric output of now 100kW, a torque of 440 Nm and an all-electric range of more than 100 kilometres (WLTP), day-to-day routes can mostly be managed all-electrically.

Whether with one of the two petrol engines or the diesel: as plug-in hybrids, they are very efficient and dynamic on the road.

PARENTS that have switched to electric, plug-in hybrid or hybrid vehicles say their current cars ... [more]

ID. Buzz has all extras needed in digital world

FEW car designs have impressed me in recent years more than the new ID. Buzz which, says its maker ... [more]

MOTORISTS tend to associate the cars they have owned with a particular time of their life. The C3, ... [more]