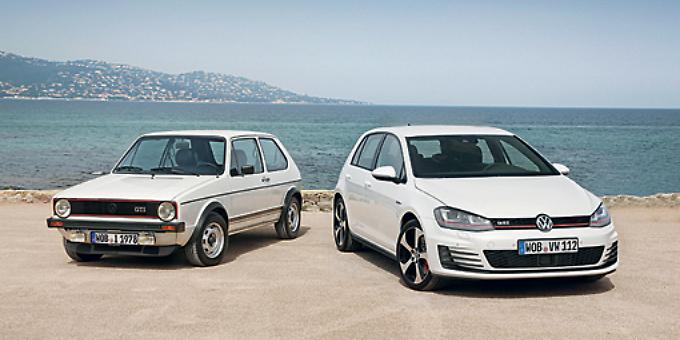 VOLKSWAGEN is celebrating the 40th birthday of the most successful European car of all time: the Golf, writes Nigel Wigmore.

More than 30 million vehicles of the best-seller have been sold and from the first to the seventh generation, the Golf has been a pioneer of technological progress.

From turbocharged engine, direct-injection engine, electric or plug-in hybrid drive system to City Emergency Braking, automatic air conditioning or LED headlights it was the Golf that pioneered the most important technologies and trends of our time.

The first series production Golf rolled off the assembly line in Wolfsburg on March 29, 1974. While for decades the Beetle and thus rear-mounted engines and rear-wheel drive had dominated the scene, a new era had now dawned: that of the transversely mounted front engine and front-wheel drive.

In launching the first Golf GTI in 1976, Volkswagen heralded the introduction of greater dynamism in this class, while the Golf D (naturally aspirated diesel engine, 1976) and the later Golf GTD (turbodiesel, 1982) marked the breakthrough for diesel cars in the compact segment.