Famous car chase is given a UK makeover 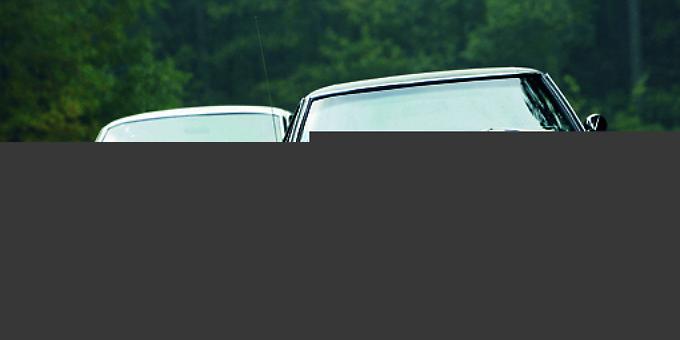 The epic car chase from the classic 1968 film Bullitt is still hailed as one of the most dramatic, exciting and influential in movie history.

Now — as a special homage to the Oscar-winning original, which starred Hollywood legend Steve McQueen driving a Ford Mustang GT fastback — a modern day recreation is aiming to be a YouTube sensation.

The awe-inspiring, high-speed pursuit featured in the original action thriller was filmed on the hilly streets of San Francisco. Today’s tribute, however, was shot in Britain at the Silverstone Grand Prix circuit where the iconic Mustang will be celebrating its 50th anniversary at this summer’s award-winning Silverstone Classic (July 25 to 27).

The new remake stays loyal to the visual style and events of the revered Bullitt chase. It starts with the McQueen character (US police officer Lieutenant Frank Bullitt) in his Highland Green-coloured Ford Mustang GT and two bad guys in an intimidating black Dodge Charger R/T on the streets of a sleepy Silverstone village. The plot then switches to the Silverstone Circuit where the action gathers pace and reaches a spectacular conclusion with the Mustang forcing the Charger off the track resulting in a fiery explosion.

The Mustang and Charger will be part of huge displays and a special Saturday on-track parade organised together with the Mustang Owners Club, which has chosen the Classic for its official golden anniversary celebrations.