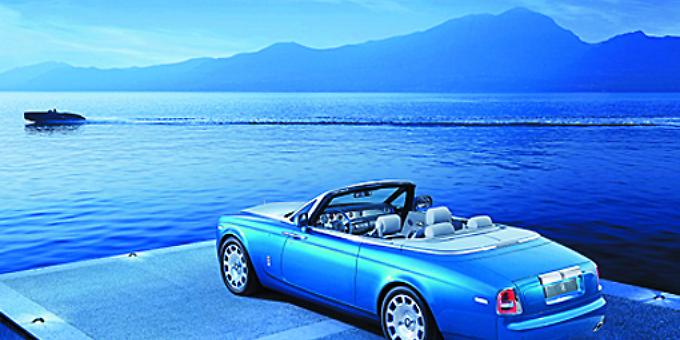 ON the morning of September 1, 1937 at the height of the battle between the United States and Great Britain to be the fastest nation on water, British speed record pioneer Sir Malcolm Campbell headed out on to the calm blue waters of Lake Maggiore on the Swiss-Italian frontier.

Pointing the nose of his Bluebird K3 hydroplane boat south, powered by Rolls-Royce’s R-engine, he established a new water-speed record of 126.32mph. The following day he went one better, piloting his craft to 129.5mph, breaking the United States’ five-year stranglehold on the world water-speed record.

Echoing the cutting-edge technology employed in the construction of the K3, the finest contemporary materials have been used to furnish the collection, with brushed steel complementing an exclusively developed Maggiore Blue colour scheme.

An open-grain Abachi wood veneer evokes the sense of a boat effortlessly gliding through water at pace, whilst the exterior coachline and laser etchings inside the car bring Campbell’s Bluebird motif back to life.