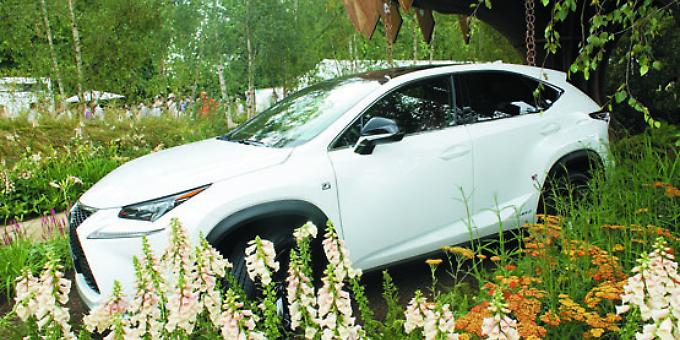 Just one carmaker, of the many manufacturers that maintain a huge presence in British industry today, felt it worthwhile exhibiting at what is probably the world’s greatest flower show.

I have been visiting the Hampton Court Flower Show for two decades and it never fails to impress.

Following on from the more society-minded Chelsea show, the Hampton Court Flower Show is literally more down to earth with hundreds of plant-producing nurseries from all over the country taking part.

But in the past, it has also proved a great showcase for carmakers. This is not only because they bring along welcome sponsorship but also because they can show off their wares in the greenest of green environments. Surely that is an opportunity not to be missed.

However, there was a distinct lack of takers from the car industry at last week’s Hampton Court show with one notable exception. Hats off then to Lexus, the luxury brand owned by Toyota, for taking the opportunity to show us a brand new Lexus that makes its debut in the autumn.