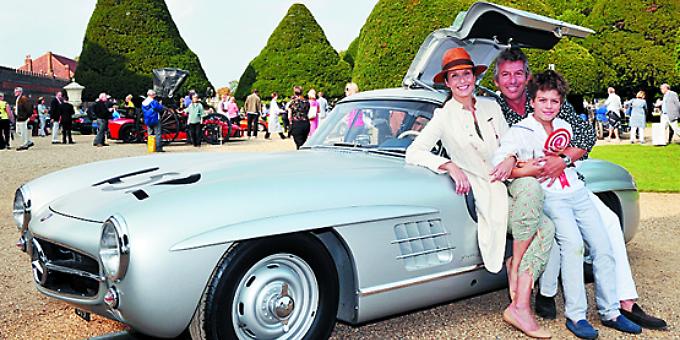 FOR the first time, visitors to the recent Concours of Elegance — held to acclaim at Hampton Court Palace earlier this month — were able to vote for their personal favourite of the 60 handpicked concours cars.

The overall winner of the inaugural public choice vote was a rare alloy-bodied 1955 Mercedes-Benz 300 SL Gullwing Coupé, one of just 29 alloy Gullwings built, from a total of 1,400 300 SLs — the others being steel-bodied.

The public choice-winning Mercedes-Benz was the 19th alloy 300 SL built, first ordered by Italian gentleman racer Dottore Alberico Cacciari, who raced it at every opportunity. This car was the only alloy-bodied 300 SL to compete in the 1956 and 1957 Mille Miglias, with Cacciari driving. The car appeared at the Concours of Elegance as it raced in 1956, with its ‘452’ racing numbers, and original tool kit and factory-fitted luggage.

This Gullwing was also awarded the AIG Private Clients Award for the Most Historically Significant Car at an exclusive dinner for the Concours car owners during the event, held in King Henry VIII’s Great Dining Hall at Hampton Court Palace.