Upgrades add up to lightness of being 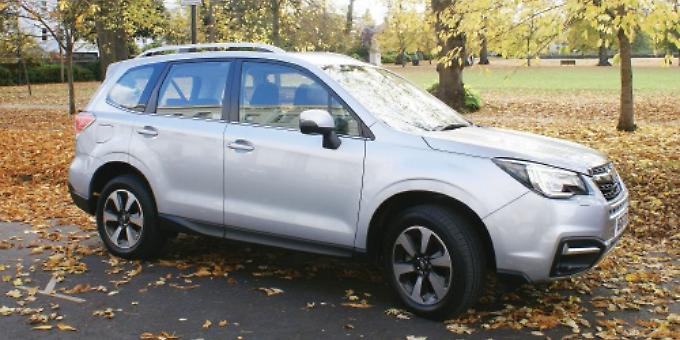 THE Subaru Forester just got bigger all round and as a consequence, I believe, is a much better car.

But then I had to ask myself the question: was it just my imagination that made me think that this proven stalwart of the road had actually “grown”?

I have to admit I felt puzzled the first time I got behind the wheel of this week’s drive — the Subaru Forester 2.0D XC Manual. And, I have to say, pleasantly surprised.

For a start, the car seemed decidedly taller than I remembered. How could that be? Even if it was, it would only be measured in millimetres.

And this 2016 Subaru Forester seemed more airy and accessible. There was definitely more light in the cab — and it did have a rather nice sunroof.

Yet somehow I did not think this new “lightness of being” was simply down to the sunroof.

So what was it down to? According to Subaru, the Forester has been upgraded for 2016 with a range of enhancements “designed to maintain its status as one of the most capable SUVs available”.

Fair enough, but why did it feel, er, “taller”? Subaru says “the upgraded cabin represents one of the largest and most important changes to the 2016 Subaru Forester”.

And there you have it. Beginning with the cabin the cumulative effects of the upgrade give this five-seater crossover a terrific boost all round, including a real or imagined increase in road stature.

One thing I was sure of — this 2016 Forester was, overall, a bigger car in every sense of the word.

What you get in summary in the upgraded version is an improved overall design inside and out, including: increased space; improved safety and new steering responsive headlights; a choice of three diesel and petrol engines; an option of six-speed manual or (auto) Lineartronic CVT transmissions; Subaru’s renowned symmetrical AWD (all-wheel drive); upgraded suspension for better on-road handling and six trim levels with high standard specification. Updated suspension settings at the front and rear make the new version more comfortable, particularly over tricky terrain, while a new steering gearbox quickens the steering ratio — from 15.5:1 to 14.0:1 — and also improves handling.

All this makes for a quieter drive in the 2016 Subaru Forester. I did around 500 miles in it during the time I had it.

A measure of a good car to my mind is how much stress and strain fairly intense use can cause any driver.

On that front I have to say I found the Forester essentially comfortable and a pleasure to drive.

The infotainment system houses a standard-fit rear-view camera. Meanwhile, the range of engines remains unchanged for the 2016 Forester, with buyers able to choose from three 2.0-litre horizontally-opposed four-cylinder engines: a petrol engine and turbo-diesel unit, as well as a direct injection turbocharged petrol unit.

And if the XC I was driving is not quite enough for diehard Subaru fans, to further celebrate the 50th anniversary of the great Subaru Boxer engine the company has introduced the Forester Special Edition.

On sale since the beginning of September, 100 units have been produced. Based on the XC Premium model, this special edition comes with £1,500 of additional equipment at no extra cost.

I have always admired Subaru in that it has always ploughed its own furrow in life.

The 2016 upgrade to the Forester shows that this carmaker is capable of significantly improving a car that already had little to prove in terms of impact and durability.