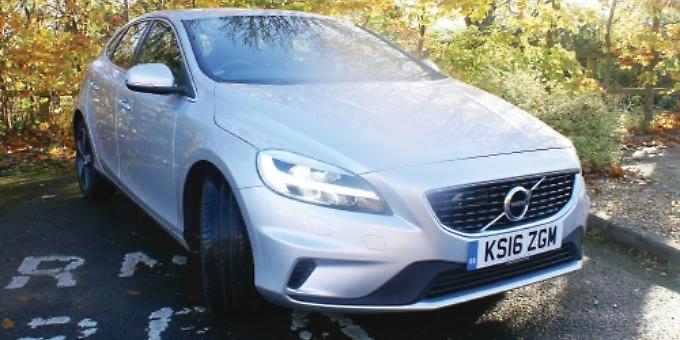 VOLVO has been on a well-documented ascendency in the past decade — culminating in expected record sales this year.

Last year was pretty good, too — with an all-time sales record of 503,127 cars in 2015, the first time Volvo had sold more than half a million cars in its 89-year history.

I have praised the new model range in these pages for some time now, citing this “new age” carmaker which has hoisted itself into the 21st century era of car production with style and verve.

Of course, the money has been there. Under the ownership of Chinese giant Geely, Volvo has thrived.

Indeed, in corporate-speak, what we are witnessing is Volvo implementing a multi-billion-pound “transformation programme as part of its long term strategic ambition to become a global premium car maker”.

So this week I decided again to visit one of the new breed of Volvo models to see if I found the car as impressive as I did about this time last year. In November 2015 I said, that as far as safety and security on the road were concerned — that is, that due to the combative nature of driving today you need to keep stress to a minimum — the V40 scored very highly indeed.

I said this all-rounder should appeal to both young and old — not something you would have said about Volvos passim, as the demographic definitely pointed to a preponderance of older people driving Volvo cars.

That demographic must be changing slowly, I would think. And the V40 might be leading the charge in the direction of younger drivers. Certainly, I found it as satisfying to drive this time around as in 2015.

The reason for a more youthful appeal is simple: whichever way you look at it, Volvo models in general, and in particular the V40, have a much fresher road presence all round.

Gone, consigned to the dustbin of experience, is the clod-hopping heaviness of old. Not only that, but lighter, more sophisticated Volvo designs have jumped off the drawing board and become reality.

This week’s test car, the Volvo V40 D3 R-Design Nav Plus, was a smooth operator — from its two-litre diesel engine to its R-Design Sports charcoal seats.

Of course, you pay something of a premium for this sort of car. For example, on the test vehicle there was something Volvo calls Intellisafe Pro — a “pack” that costs £1,900.

But for that nearly £2,000 extra you get to reduce the odds of accident and collision with other road users, which has to be a considerable plus.

To this end, the pack includes collision-warning with full auto-brake, pedestrian and cyclist detection, distance alert (far too many drivers still travel much too close to the car in front), and my old favourite (that should be fitted by law on all cars) the blind spot information system.

The latter of course picks out those cars that are passing you in your “blind spot” — that is, an unnerving point during overtaking where the passing vehicle “disappears” completely for moments from view.

There was also another great invention apparent on this test car: adaptive cruise control.

This has been around for a while but again, in my opinion, if it was a legal requirement that all cars employed this adaptive version of cruise control, our roads — especially our motorways — would be far safer places to drive.

The adaptive cruise control when engaged checks your speed when approaching any vehicle from behind and keeps you at a safe distance in case of a braking emergency.

I read somewhere that Volvo has a great ambition to eliminate — yes, eliminate — all road deaths for occupants of its cars and SUVs (sports utility vehicles) by 2020, creating so-called “death-proof” cars.

That should not be such a fantastic ambition. All carmakers should be striving, like Volvo, to make our roads much safer to travel on. If that means eliminating as much human error as possible, then so be it.

Fitted as standard to every V40: